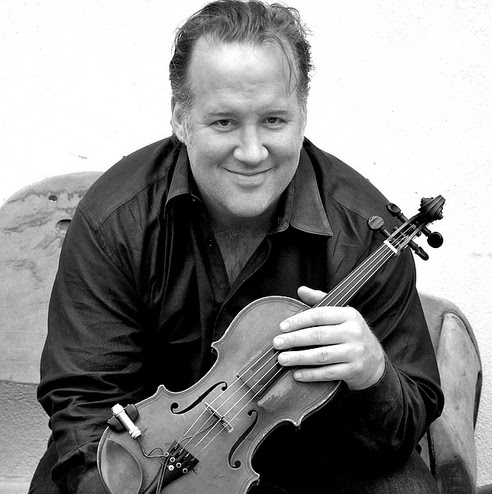 Violinist Christian Howes is a technically proficient, forward-thinking musician with a bent toward progressive jazz, bluegrass, and classical music. Born in Columbus, Ohio, Howes began playing classical violin at age five and by his teens was competing in various national classical competitions as well as pursuing a burgeoning interest in jazz improvisation. At age 19, however, Howes was convicted on a drug charge and sentenced to four years in a medium security prison. During this time, he delved deeper into jazz and developed an interest in combining various sounds from gospel, folk, and country. After leaving prison, he released his debut album, 1997’s Confluence. He followed with 1998’s Ten Yard, 2003’s Klazyc and the compilation Jazz on Sale, 2008’s Heartfelt, and 2010’s Out of the Blue. Howes has performed with a variety of name artists including guitarist Les Paul, trumpeter Randy Brecker, trombonist Steve Turre, vocalist Jane Monheit, saxophonist Greg Osby, and many others. In 2013, he released the album Southern Exposure featuring accordionist Richard Galliano. from allmusic