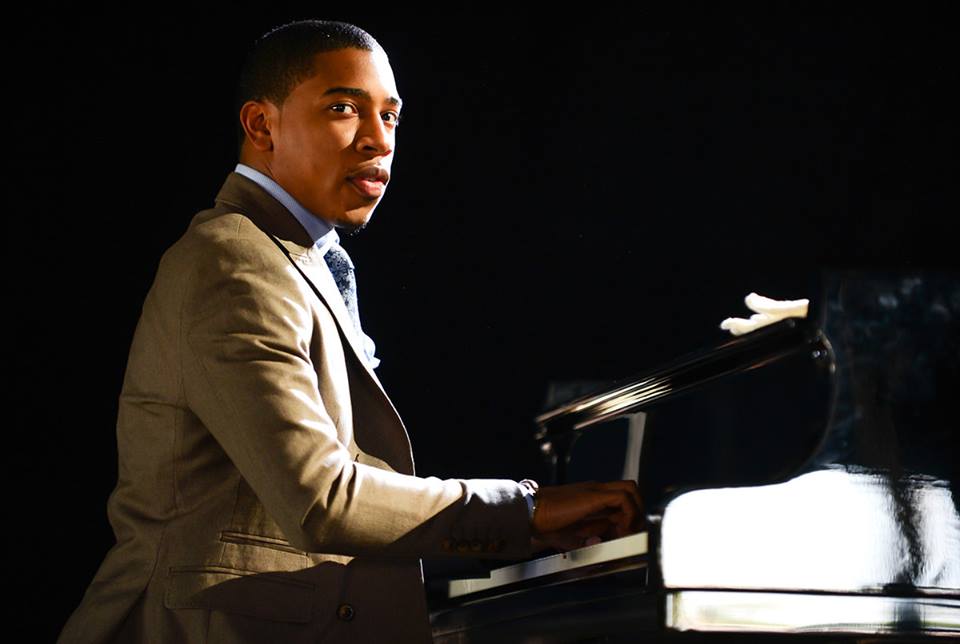 Christian Sands is a rising jazz star. He is a recent Steinway Artist and has a great pianistic technique that perfectly fits his vision. He achieves deeper musical goals through his use of understatement. He examines the whole language of jazz, including stride, swing and bebop as well as fusion, Brazilian, and Afro-Cuban. “My music is about teaching jazz the right way and keeping it alive,” he says. Christian was born May 22, 1989. He had an insatiable hunger for music. Christian was enrolled in music classes from age four and composed his first composition at the age of 5. His Bachelor of Arts degree was earned from Manhattan School of Music. He has already made two appearances at both the 2006 and 2007 Grammy Awards. This includes a highly publicized duet featuring Oscar Peterson, the legendary pianist. He was just 20 years old when he won two GRAMMY Nominations: Best Latin JazzPiano Solo and Best Latin JazzAlbum. He is Dr. Billy’s protege and has performed with him on many occasions at Washington DC’s John F. Kennedy Center for the Performing Arts. He follows in the footsteps of his mentor and encourages, inspires and advocates for Jazz’s preservation and history. He encourages and promotes jazz to both young and old audiences. He has performed on stage with many jazz legends including Wynton Marsalis, Vibraphonist Stefan Harris and Lou Donaldson. He is also a member the acclaimed jazz bassist Christian McBride’s trio and quintet, Inside Straight. His playing prowess has taken him to Gilmore Jazz Festival at Kalamazoo, Clifford Brown Jazz Festival at Delaware, Martha’s Vineyard Jazz Festival and New York’s renowned jazz clubs Village Vanguard and Jazz Standard, as well as international jazz clubs in Russia and Germany, Italy, Japan Corsiva, France Belgium, Denmark, Denmark, and Germany. He is a master pianist and has a vast vocabulary of patterns, textures, and structures that allows him to play in any style. He showcases his talents as an arranger, composer, and producer on his four unique CDs, Footprints (which he recorded at the age of 12), Harmonia and Risin’, Furioso (released Japan 2009). His soulful melody is featured on S. Epatha Merkerson’s documentary “Contradictions Of Fairhope”, which he recorded with bassist Christian McBride. He was also named one of Jazz’s future rising stars by Wynton Marsalis to prove his knowledge. He will soon be featured on Christian McBride’s new trio album, due to release in 2013. He creates his own music and invents new ones all the time. His sonorities define each moment and rhythms propel the music forward. His structures are fascinating and surprising, and never un-musical. He is a shining example of the musical talent and spiritual aspirations that a musically gifted musician can achieve. Christian Sands is a great example of the saying, “To whom much has been given, much can be expected.” from http://christiansandsjazz.com