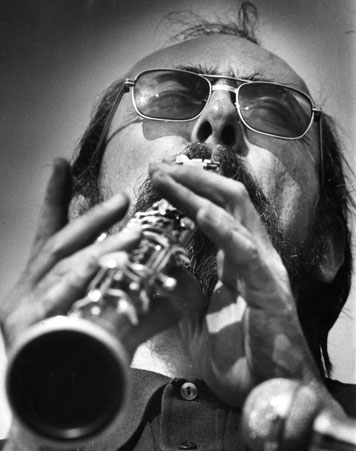 Chuck Hedges, a veteran clarinetist who is often overlooked but very talented, is an exciting player whose music falls somewhere between swing and Dixieland. In the early 1950s, he played with Danny Alvin and George Brunis in Chicago. Hedges was also with Dave Remington later in the decade. In the 1960s, Hedges played with Dick Ruedebusch, and in the 1970s and 1980s, he frequently performed with Wild Bill Davison. He has lived for many years in Milwaukee. However, Chuck Hedges is often seen in Chicago and is a frequent at traditional jazz festivals. He was a co-leader of Jazzology (1982), and recorded as a leader with Arbors and Delmark (1992-192001). Allmusic