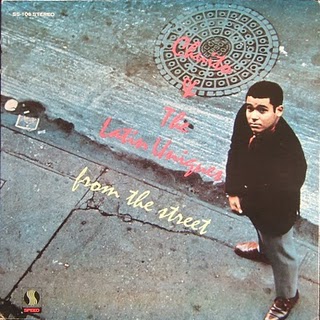 Latin New York was dominated in the 60s by Latin Soul and boogaloo. It was evident that the music was blossoming from the first recordings of Johnny Colon’s “Boogaloo Blues”, and Joe Cuba’s “Bang Bang”, which were both Puerto Rican-born children. This new sound, which combines traditional Latin music with soul music, was the heartbeat of Latin New York. This was Latin New York’s sound for the next few decades, until it was overthrown by salsa. Independent labels and producers were dominant in the new scene after its success. Richard Marin, with Decca, George Goldner’s Cotique, and, of course, Fania Records, which would one day surpass all other labels, with his production deal. Speed, which was run by Stan Lewis and Bobby Marin (the younger brother of Richard), was one of the most important, but also the smallest. Although the label only released a few singles and albums, the quality was always high and every release is highly sought-after by collectors today. The most sought-after of all the Latin Uniques is “From The Street” and Chuito. Bobby Marin claims that Jesus ‘Chuito” Santiago, a youngster from Brooklyn or Bronx, had a hip group Bobby thought was worth recording. They were actually very similar to scores other groups and would have stayed that way if they had not been able to record. The album featured Latin tracks like “Ponte A Sonar”, “Aqui Llego”, and soul cuts. It also included band originals and songs written by Lewis, Craft, and Marin. The album was presented in a sleeve that showed Chuito looking smart, cool and stylish, as he stands on a New York street, under a manhole cover. The album vanished without a trace, despite being released on two occasions on separate labels. The album has been a highly sought-after item for Latin soul fans in recent years, but its initial success was due to that single. The album’s opening track was called “Spanish Maiden” and was voiced in part by Tony Middleton, a singer whose voice was a type of supper club RnB. Bobby Marin describes it as follows: “I was walking down the street with an engineer friend, explaining that I needed a singer soul to sing on a song that I was producing. He suddenly pointed to a man across the street and said “That’s him, Tony should sing for you”. He was standing at the theatre’s stage exit, in ‘Hair’ of some sort. The song was recorded by Middleton and released on singles on Storm and Speed. This double release is a result of local success. In the middle of the 70s, it was also released as a 12-inch single by Disco International. This release was the first to be picked up by the UK’s northern Soul Club scene. Middleton was a cult favorite and it quickly became a hit on the dancefloor. Middleton would also record a single with Marin, “Return To Spanish Harlem”, which is a collector’s piece today. From http://www.fania.com