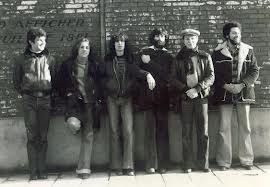 French jazz band which released two fusion records that had a pronounced funk sound. They were a super-group that included three former members of Moravagine, Olivier Huntman, Pierre-Jean Gidon, and Mino Cinelu, the drummer. The latter was also a well-travelled session musician who played in many bands such as Weather Report and Gong. From discogs