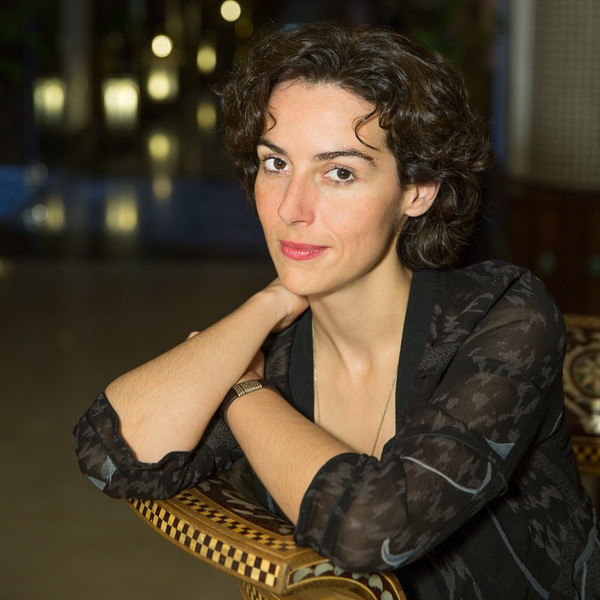 Clarice Assad, a versatile, accomplished and sophisticated symphonic composer and arranger, jazz pianist and scat singer of musical depth, is highly sought-after. Her music encompasses many styles, including original musical concepts. Clarice Assad was the Albany Orchestra’s Composer/Educator Partner in 2015. She curated a major education project with a local school and also joined the orchestra for a highly successful performance of her Concerto For Scat-Singer. Assad collaborated with Chanticleer and the Century Chamber Orchestra on a 40-minute concert of arranged music. Recent commissions include a concerto for guitar, orchestra (by The Harris Foundation); a new piece of music for guitar orchestra (“Magnetic Trance”) by the York Guitar Society; and a piano work (for the speaking pianist) called “Godai”, featuring poetry by Steve Schroeder. Inna Faliks commissioned the work and it is due to premiere in NYC in March 2015. Clarice is one the featured composers at this year’s Cabrillo Festival for Contemporary Music. She was recently commissioned by La Jolla Music Festival, to compose a new string quartet and oboe piece for Liang Wang, the principal oboist of the New York Philharmonic. Assad just completed her year-long residency at American Lyric Theater’s Composer Librettist Development Program. This resulted in the creation and performance of “The Disinherited”, an act opera with Niloufar Talebi as librettist. In 2014, Clarice released her new album IMAGINARIUM on Adventure Music. It features new works and more than 40 talented musicians. Clarice’s works were published in France (Editions Lemoine), Germany, Trekel, Criadores do Brasil, Brazil (Brazil), and the United States (Virtual Artists Collective Publishing). They have been performed throughout Europe, South America and the United States. Some of the most prominent conductors, soloists and orchestras today have recorded her music and performed it, including Nadja Salerno–Sonnenberg, cellist Yo–Yo Ma, Mike Marshall, and The Assad Brothers. They also include Marin Alsop and David Alan Miller, Christoph Eschenbach, Chanticleer, Orquestra Sinfonica de Sao Paulo, and the New Century Chamber Orchestra. Ms. Assad has been awarded the Aaron Copland award, many ASCAP awards, Meet The Composer’s Van Lier Fellowship and the Franklin Honor Society. She was also nominated by the Latin Grammy Foundation as best contemporary composition. Carnegie Hall, Fundacao OSESP and the Chattanooga Symphony Orchestra have all commissioned her. La Jolla Music Festival, and many others. In 2014 she served as Albany Symphony’s composer-in-residence, curating a major educational program in the local school community. Since 2006, Assad has been the New Century Chamber Orchestra’s principal arranger. Clarice has written works for theatre and ballet. Some of Clarice’s works include “The Disinherited”, an opera that was written in collaboration with Niloufar Talebi, the librettist. It was written and directed by Denise Milan, Mabou Mine’s cofounder and director. The original soundtrack to the play A Licao de Anatomia, by Carlos Mathus. The ballet Steps to Grace is choreographed by Lou Fancher. Essentials of Flor by Kristi Spissard. Assad’s Impressions is a chamber orchestra suite choreographed in America.