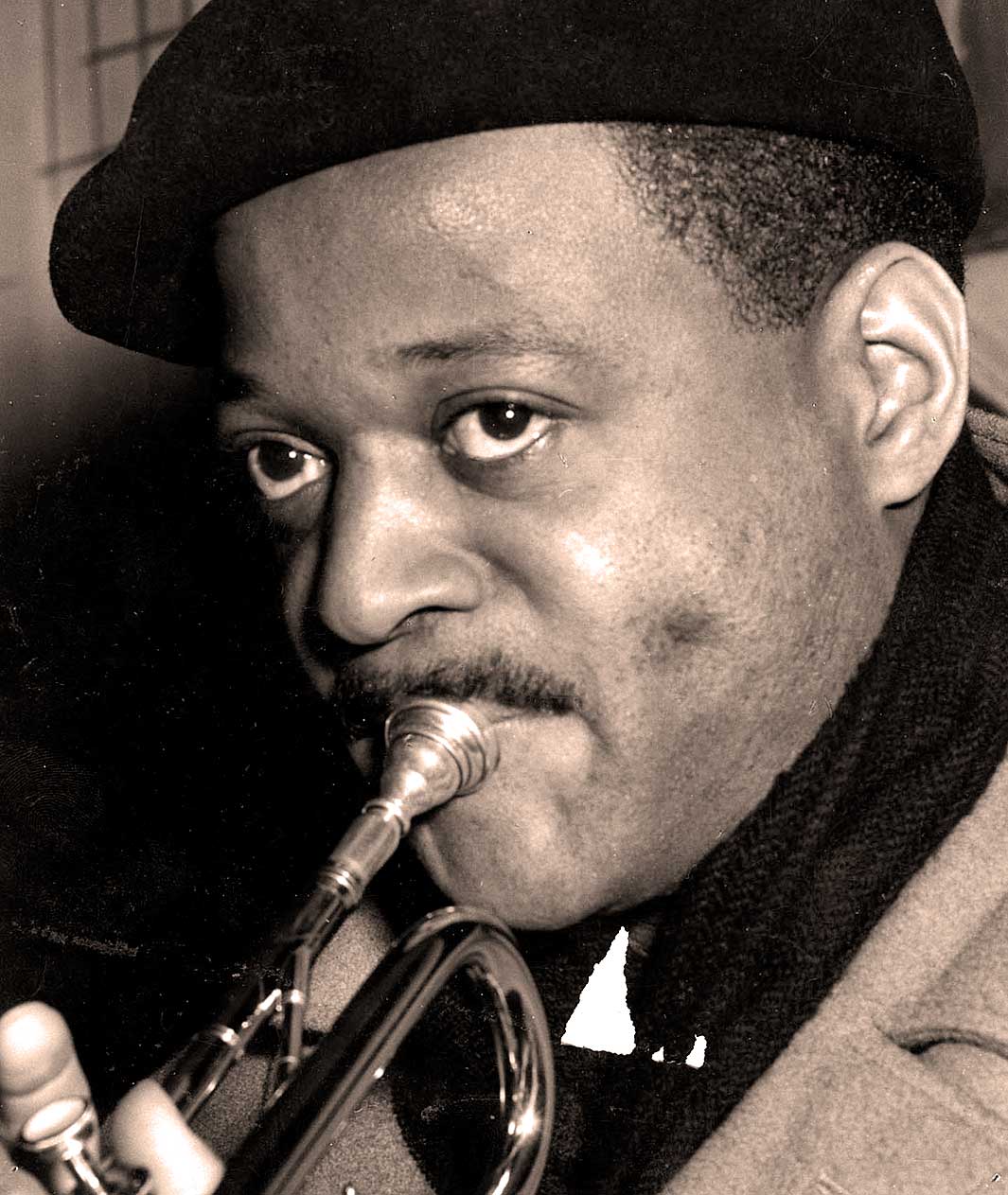 Clark Terry, born December 14, 1920, died February 21, 2015. He was an American jazz and bebop trumpeter. He was a member of the jazz trio Charlie Barnet (1947), Count Basie (1948-1951), Duke Ellington (1951-1959), and Quincy Jones (1960). Terry’s jazz career spanned over seventy years. He is one of the most well-recorded jazz musicians. Terry was born in St. Louis in 1920. He was a Vashon High School graduate and started his professional career as a musician in local clubs in the 1940s. During World War II, he was a bandman in the United States Navy. Terry’s time with Ellington and Basie in the 1950s and 1960s combines the St. Louis sound with modern styles. This is what made him famous. He was a part of many of Ellington’s suites during his time with him. He gained a reputation for his versatility (from swing to hard bop), technical proficiency and good humor. Terry had a profound influence on musicians like Miles Davis, Quincy Jones and others. While they were in St Louis, Terry had taught Davis informally. Clark was a well-known international musician after leaving Ellington. He accepted an offer by the National Broadcasting Company to be its first African American staff musician. Clark was a member the Tonight Show Band for ten years. He was first led by Skitch Henderson, then by Doc Severinsen. His unique “mumbling” scat-singing led to a hit song, “Mumbles”. He was a soloist in the 1980s, performing in front the band. He was the headliner in November 1980, along with Anita O’Day and Lionel Hampton, during the two-week-long ceremony performances to celebrate the short-lived revival of the Blue Note Lounge at Marriott O’Hare Hotel near Chicago. Chicago jazz disc-jockey Dick Buckley introduced him to wide acclaim. Terry played with trombonist J. J. Johnson, pianist Oscar Peterson and led a group that included Bob Brookmeyer, a valve-trombobist. They had some success in the 1960s. Terry Brookmeyer and Terry were featured on BBC2’s Jazz 625 in February 1965. Terry was a jazz teacher and a studio worker. He also performed with small groups, including Peterson’s, and toured extensively in the 1980s as the leader of his Big B-A-D Band. It was formed around 1970. After his financial troubles forced him to disband the Big B-A-D Band he began performing with other bands, such as the Unifour Jazz Ensemble. His “dialogues” on various instruments, or the same instrument, are a great example of his humor and mastery of jazz trumpet styles. Sometimes he performed solos with a flugelhorn or trumpet mouthpiece. Terry was a performer at Carnegie Hall, Town Hall and Lincoln Center from the 1970s to the 1990s. He also toured with the Newport Jazz All Stars as well as Jazz at the Philharmonic and was a member of Skitch Henderson’s New York Pops Orchestra. Terry recorded George Gershwin’s “Let’s Call the Whole Thing off” for Red Hot Organization’s compilation album Red Hot Rhapsody in 1998. This was a tribute to George Gershwin and raised money for charities that help to fight AIDS. He recorded again for the Red Hot Organization in 2001 with Amel Larrieux, an artist who was a tribute to Ellington. Dr. Billy Taylor prompted Clark and Milt Hinton to purchase instruments and give instruction to young people early in their careers. This was the beginning of Jazz Mobile in Harlem. Terry’s greatest passion was involving young people in jazz preservation. He hosted Clark Terry Jazz Festivals both on land and at sea, ran his own jazz camps and participated in over fifty jazz festivals across six continents. Terry wrote more than 200 jazz songs and performed in front of seven U.S. presidents. There are many recordings of Terry with major groups, including the London Symphony Orchestra and the Dutch Metropole Orchestra. He has also recorded several recordings with hundreds of college and high school ensembles. The Clark Terry Archive, William Paterson University, Wayne, New Jersey contains instruments, tour posters and awards. It also includes original copies of more than 70 arrangements by big bands, recordings, and other memorabilia. Terry was originally from Bayside, Queens and Corona, Queens. He later moved to Haworth, New Jersey and Pine Bluff, Arkansas. The documentary Keep on keeping on follows Clark Terry for four years. It documents the mentorship of Terry and Justin Kauflin, a 23-year-old blind pianist. Kauflin is preparing to compete in an elite international competition. Terry entered hospice care in order to manage his advanced diabetes. This was announced on February 13, 2015. Terry died on February 21, 2015. Peter Keepnews, writing in The New York Times, said Terry was “respected for his impeccable musicianship and loved for his playful spirit, as well as his adaptability.” His sound, both on trumpet and the rounder-toned flute (which he helped to popularize as a jazz instrument), was very personal and easy to identify. However, he was able to adapt it well into many musical contexts. Martin Chilton wrote in The Daily Telegraph that Terry was a music educator who had a profound and lasting impact on jazz’s development. Terry was a mentor for generations of jazz musicians, including Wynton Marsalis, Miles Davis and Quincy Jones. Scotty Barnhart, a fellow jazz trumpeter, interviewed Terry in 2005. He said that Terry was “… one the most versatile musicians to have ever lived… a jazz trumpet player who played with some of the greatest names in jazz music …”.