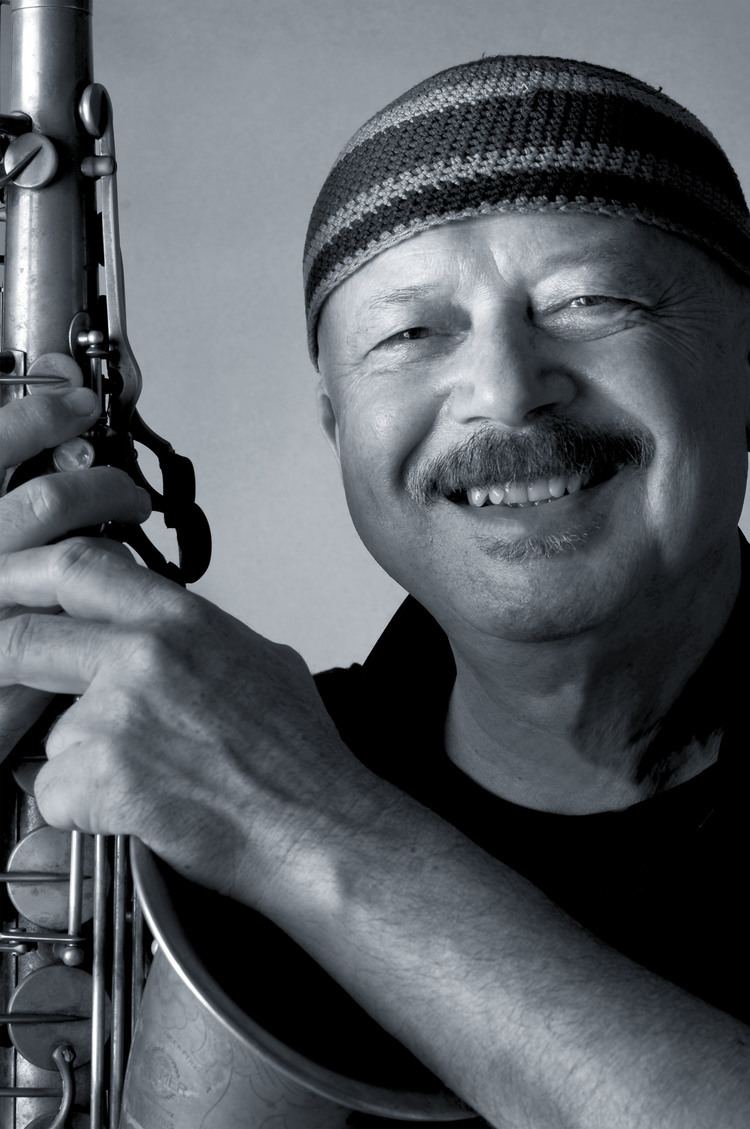 Claudio Fasoli is an educator, jazz composer, and saxophone player. He was born in Venice and now lives in Milan. After a long apprenticeship, and many sessions with prominent musicians, he became popular in the 1970s performing with PERIGEO QUINTET. Fasoli performed with this group throughout Europe and overseas. He also became a leader of his own bands, mostly trios and quartets, after Perigeo’s dissolution in 1978. These groups have hosted some of the most prominent names in the international and european jazz scene. Henri Texier and Jean-Francois Jean Clark are just a few of the many names that have played in these groups. His own compositions were introduced at concerts and festivals all over the globe, creating a unique discography. In addition to his native Italy, he has performed in France, Switzerland, Jugoslavia, Poland, Germany, Holland, Belgium, Spain, Finland, Luxembourg, Denmark, Sweden, England, Ireland, Canada, Mexico, Cuba and the United States.CollaborationsHe played in the first performances of the “Grande Orchestra Nazionale” in Italy and in the Lydian Sound Orchestra. He also performed with the European Music Orchestra, both live and in studio performances. He is also a member of the Manfred Schoof international band. He also contributed to the Giorgio Gaslini Quintet, and other bands. Fasoli is well-known internationally and continues to teach improvisation and tenor saxophone classes at the Siena International Jazz Clinics. Fasoli founded the Saxophone Courses in Milan’s Civic School of Jazz. He also taught Jazz at National Conservatories. He has conducted clinics in Italy and abroad. He was Artistic Director at Padua Jazz Festival from 2003 to 2010. His name is also in Music and Jazz Dictionaries, both in Italy and overseas. from www.claudiofasoli.com