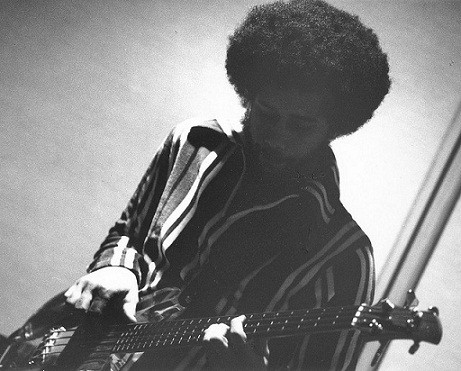 Supple and Creative Bassist Clint Houston was probably best known for his long association with pianist Joanne Brackeen, which began in the Stan Getz Quartet in the mid-1970s, and continued through numerous recordings and live performances until 1986. It was a fruitful period in Houston’s career, and encompassed the release of both his recordings under his own name, but he will be remembered chiefly as a supportive and always stimulating bassist for a succession of eminent leaders. He was born Clinton Joseph Houston in New Orleans, but the family moved north to Washington, DC, when he was three, and then to New York City in 1953. His father played classical piano and his sister guitar, but his own inclinations led him to the acoustic bass. He studied with Ron Carter, then the bassist in Miles Davis’s legendary quintet, in 1964-66, and also studied piano and harmony at Queen’s College in New York, a foundation he put to good use in his playing. He studied graphic art for a time as well, but eventually settled on music. In the late 1960s he was part of the house band with pianist George Cables and drummer Lenny White, both boyhood friends of his, at the infamous Slugs, a saloon which was friendly to the developing free jazz scene as well as more conventional styles. He gained a valuable grounding there, and had the chance to work with a diverse range of players and styles. His playing began to attract notice, and he worked with Nina Simone in 1969, and with drummer Roy Haynes in 1969-70, before linking up with a group of musicians, including saxophonist Dave Liebman, to form Free Life Communications, a collective devoted to promulgating free jazz. He worked in a variety of styles, including spells with vibraphonist Roy Ayers (1971-73), trumpeter Charles Tolliver (1973-75), and trombonist Kai Winding (1975), before joining the Stan Getz Quartet (1975-77). He met Joanne Brackeen in that band, and recorded several albums with her, as well as featuring the pianist on both of his own records, Watership Down (Storyville, 1978) and Inside the Plain of The Elliptic (Timeless, 1979). Although he did not really build on that impetus as a leader (few bass players have the opportunity to maintain that kind of momentum), Houston continued to work with prominent names in jazz, including a spell with Woody Shaw in 1977-79, during which the trumpeter recorded some of Houston’s compositions. He played in a variety of settings in the 1980s and 1990s, ranging from duo to large ensembles, with musicians like trombonist Slide Hampton, saxophonists Pepper Adams, Frank Foster, Hamiet Bluiett and John Stubblefield, and pianists Roland Hanna and John Hicks, among many others. He joined drummer Louis Hayes as bassist and musical director in 1989, and worked with him into the mid-1990s, recording several discs in the process. Houston’s name on a record sleeve was always a guarantee of supple and imaginative bass playing, whether laying down impeccable time in a conventional setting, or pursuing a more adventurous form of creative interplay. The illness which led to his premature death had curtailed his activities in recent times. from www.jazzhouse.org