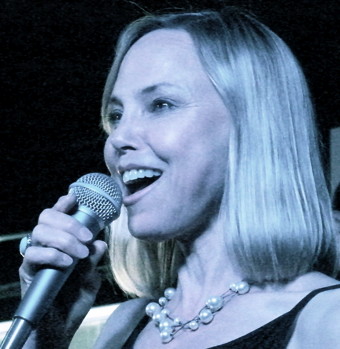 CONNIE EVISON, a jazz vocalist, performs in theaters, concert halls, and nightclubs all over the globe. Her performances have included the Minnesota Orchestra, Vocalessence and Garrison Keillor’s Prairie Home Companion, as well as the JazzMN Big Band. She is a regular at the Dakota Jazz Club in Minneapolis, and the featured artist at the Jazz at the Jungle concert series at the Jungle Theater in Minneapolis. Connie was featured on Smithsonian’s Jazz Singers radio program and NPR’s Fresh Air. She is also on many compilation discs, including Jazziz Magazine’s Vocals on Fire, New Sirens of Song, Janis Siegel, and Diana Krall. All 8 of her CDs on Minnehaha Music reached the Top 50 in the U.S.A. and Canada. They can also be heard on worldwide radio stations. The JazzWeek radio programmers group nominated Connie for Vocalist-of-the Year in 2005. She was joined by artists Tierney Sutton and Madeleine Peyroux as well as Curtis Stigers and Stacy Kent. Connie has been awarded the McKnight Fellowship for Performing Musicians twice (2000-01 and 2005-06). from http://www.connieevingson.com