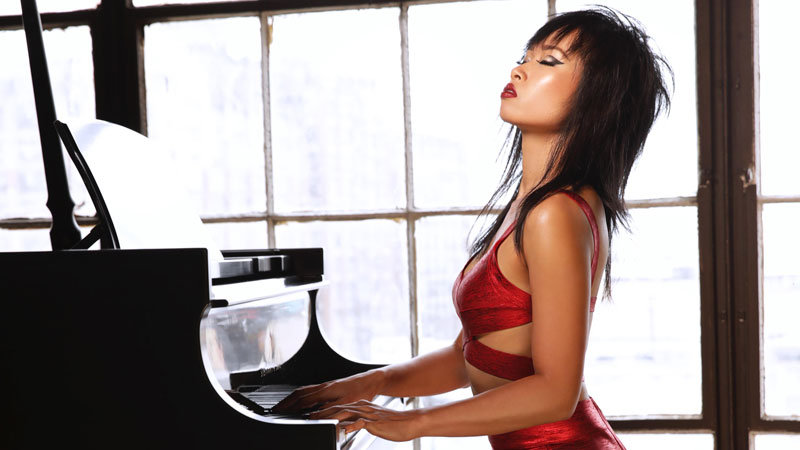 The 22-year old’s first connection to jazz was at the Los Angeles County High School for the Arts, where she met Bill Wysaske, a drummer who produced CRIME ZONE. Wysaske also became the musical director of her trio. Han is an LACHSA alumni and shares it with Jenna Elfman and Christina Milian, as well as Gerald Clayton, a GRAMMY(r), Award-nominated jazz composer and pianist. Han began her professional piano career immediately at age 17 after a three week stint at UCLA. Han believes this gives her an advantage over many other players her age. “Because I didn’t receive formal training in jazz piano, my musical perspective came from being around a professional drummer as a youngster, just trying to hold on for dear life. That experience gave me a unique edge that informs my heavily percussive playing. CRIME ZONE features Han and her in-the-groove trio, which includes Wysaske on drums as well as Edwin Livingston on the bass. For the album, she’s also recruited the talents of guest musicians, tenor-saxophonist Walter Smith III as well as trumpeter Brian Swartz. Han, who was recently signed to Mack Avenue Records following her 2015 album, The Richard Rodgers Songbook, has taken advantage of this opportunity. Han’s upcoming release is a powerful statement. Han combines respect for the past with a knowledge base that reflects her innovative vision for the future. From www.conniehan.com