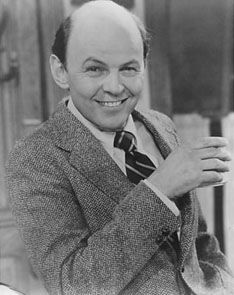 Conrad Janis (born February 11, 1928) is an American jazz musician (trombone) and also a theatre, film, and television actor. He was born in New York City, New York, the son of Harriet, a writer, and Sidney Janis, an art dealer and writer, and he has a brother named Carroll. At age 19, he starred in the film noir The Brasher Doubloon (1947) with George Montgomery, in 1946 he portrayed “Johnniekins” in the technicolor film, “Margie”. In 1953, he played eldest son Edward in the NBC sitcom Bonino on NBC. He appeared in an episode of Get Smart playing a KAOS agent, and later guest starred as a dance marathon emcee on The Golden Girls but is best known for playing Mindy’s father, Frederick McConnell, on Mork & Mindy. Janis appeared in the sci-fi sitcom Quark and was featured in The Buddy Holly Story and in the Goldie Hawn comedy The Duchess and the Dirtwater Fox. He also made a brief appearance as himself in the jazz bar scene from Nothing in Common. A life member of The Actors Studio, Janis’s musical infusions were hardly confined to film; he provided music, both in character and out, for his theatre colleagues – for the Studio’s production of June Havoc’s Marathon ’33, as well as for more informal gatherings. from wikipedia