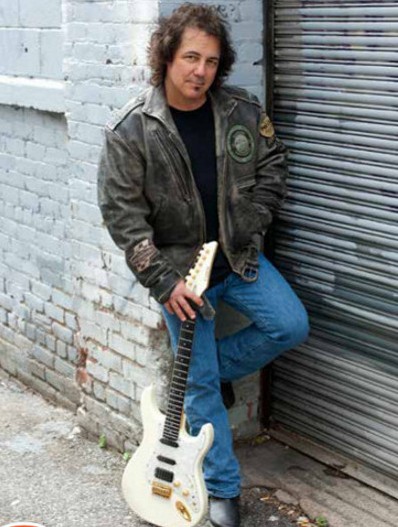 Craig Chaquico, guitarist/songwriter, was a member of the rock band Jefferson Starship in the 1970s and 1980s. Starship later became Starship. Acoustic Highway, his first acoustic album for adults, was released in 1993. Chaquico has been a professional musician since he was 14. When he was 16, he began his association to Jefferson Starship. He began recording with some of the members, and was then asked to be a lead guitarist on their tour. Chaquico was also the leader of Steelwind, his own band. Both he and Steelwind toured together until Chaquico joined the Starship. He became one of the Starship’s main songwriters soon afterward. He has penned and co-written many songs, including “Jane”, “Find Your Way Back,” “Layin’ It on the Line” and “Jane”. Chaquico has been working to diversify his music since the early 1990s. He also started to branch out into world or new age music. As can be heard in “Just One World” as well as the 1994 album Acoustic Planet. This is his mix of African and Native American guitar playing. This song was made part of NASA’s Space Ark project, and it is currently in orbit around the Earth. 2002’s Shadow and Light was his first album in the new century. It was inspired by the tragic events in New York City in 2001. Chaquico also enjoys riding his Harley and auto racing in support of the Muscular Dystrophy Association. Chaquico is an amateur astronomer and graphic artist. Chaquico released more albums in the second half of the 1990s. But it was his charitable work that garnered the most attention. He began playing one free hospital concert per week for children (with some exceptions). He encouraged his friends and contemporaries to do similar shows. Itunes.apple.com