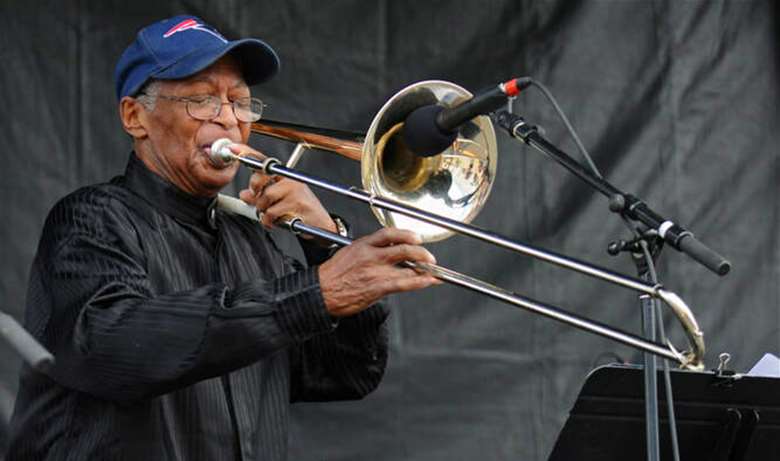 Curtis DuBois Fuller, December 15, 1932 – May 8 2021 was an American jazz trombonist. Art Blakey’s Jazz Messengers included him and he contributed to many jazz recordings. Fuller was born in Detroit, December 15, 1932. His father, who had immigrated from Jamaica to work in the Ford automobile factory, died of tuberculosis shortly before Fuller was born. His mother, who was from Atlanta, had died at the age of 9. He spent many years in an orphanage run Jesuits. After one of the nuns at the orphanage introduced him to Illinois Jacquet’s band, he discovered a love for jazz. He also saw J. J. Johnson playing trombone. Fuller was a student at a local public school, along with Donald Byrd and Tommy Flanagan. He also had the opportunity to meet Milt Jackson, Milt Jones, Thad Jones, Thad Jones, Thad Johnson, and Donald Byrd. After trying the violin and the saxophone, Fuller took up the trombone at sixteen. Johnson and Elmer James were his teachers. Fuller enlisted in the US Army in 1953 in order to fight in Korea War. He was in the US Army from 1953 to 1955 and joined a band that included Chambers, Nat Adderley and his brothers Cannonball. After his military service ended, Fuller was drafted into the Yusef-Latef quintet, a Detroit musician. Fuller was a leader in the quintet that moved to New York in 1957. Blue Note Records’ Alfred Lion first heard Fuller play with Miles Davis in late 1950s. Fuller led four Blue Note dates, but Slide Hampton’s album was never released. He was a sideman for Sonny Clark (Dial “S”) for Sonny, Sonny’s Crib and John Coltrane (“Blue Train”) on record dates. Over the next ten years, Fuller made other sideman appearances on albums that were produced by Bud Powell, Jimmy Smith and Lee Morgan. Joe Henderson was a former roommate at Wayne State University. Fuller was also the trombonist who became the first to join the Art Farmer–Benny Golson Jazztet. He later became the sixth man in Art Blakey’s Jazz Messengers in 1961 and stayed with Blakey until 1965. Fuller was a leader on Impulse’s first two albums in the 1960s. Records. He had previously recorded for Savoy Records and United Artists as well as Epic, after his obligations to Blue Note. He was also part of Dizzy’s Gillespie’s band in the 1960s that featured Foster Elliott. Fuller toured with Count Basie, and he also reunited him with Blakey and Golson. Fuller was married to Catherine Rose Driscoll on August 20, 1980. Fuller recorded The Story of Cathy in her honor, which was released in 2010. She succumbed to lung cancer in 2010.