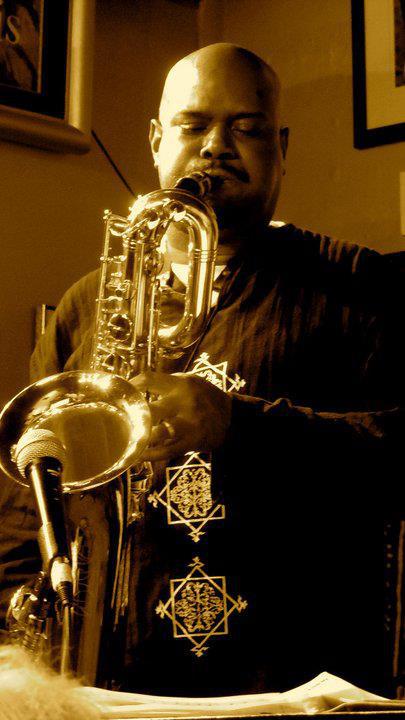 American jazz saxophonist Dale Fielder is also a composer and leader of a band. He is a multi-instrumentalist who plays all four saxophones: soprano, alto, tenor and baritone with equal authority. His original compositions, his choice to perform obscure and rare jazz classics, as well as his variety of group concepts and presentations are what make him so popular. Since 1993, when he made his debut on the national jazz scene with Free Flow, Fielder has recorded more than 14 CDs as a leader and performer for different labels. Fielder is a graduate of the University of Pittsburgh Jazz Studies Program. He studied ethnomusicology under Dr. Nathan Davis. He studied composition with Frank Gordon, and saxophone under Charles McPherson. He recorded Dear Sir: Tribute to Wayne Shorter, a national top-ten album, in 1996. It received widespread critical acclaim. Fielder was selected as BET’s 1999 Jazz Discovery Winner. He has since taped numerous video appearances for BET and toured the U.S.A, Europe, and Asia with his band. Fielder’s 2005 album, Baritone Sunride, also gained international attention and earned him the title of one of the most important new baritone jazz saxophonists. His 2007 album, DFQPlays the Music of Pepper Adams, was released in July 2007. It continues to show Fielder’s classic jazz quartet with Jane Getz, a legendary jazz pianist. They are now celebrating 17 years together. Fielder has been performing since 2011 with his Tribute Quintet, which focuses on Pepper Adams’ music and the Donald Byrd/Pepper Adams Quintet. Their new CD Each Time I Think Of You, was released in October 2012. http://www.dalefielder.com