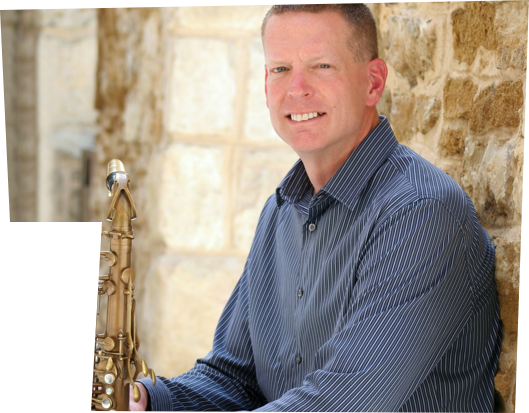 Dan Gailey, saxophonist/composer/arranger, is the Director of Jazz Studies and Professor of Music at the University of Kansas, where he directs Jazz Ensemble I and Jazz Combo I and produces the annual KU Jazz Festival. The director of the Midwestern Music Academy at KU, KU’s summer music programme that includes the KU Jazz Workshop, he is also the Director. Dan was awarded the 1996 IAJE Gil Evans Fellowship. This award recognizes an emerging jazz composer among a global field of candidates. The KU Jazz Studies Program was the recipient of ten DownBeat Student Music Awards. This included Jazz Ensemble I’s 1997 award for Best College Big Band in America or Canada. Jazz Ensemble I performed under his guidance at IAJE Conferences, Atlanta and Boston, and the 1992 Mid-West Band and Orchestra Clinic, Chicago, and 2008 Montreux Jazz Festival, Switzerland. Dan has a Bachelor of Music from Pacific Lutheran University, and a Master of Music in Theory/Composition degree from the University of Northern Colorado. You can hear his compositions on many college and professional big band albums. They are exclusively published by UNC Jazz Press. His debut CD, What Did You Dream? with the Dan Gailey jazz orchestra, will be out on Origin/OA2 Records in July 2010. It features all his original compositions. Dan produced the 1994 self-titled debut CD recording by the Kansas City Boulevard Big Band, as well as the 1996 follow-up CD, Stellar. Dan has been a freelance saxophonist, playing with Kevin Mahogany and Eric Marienthal. He has also performed with Red Richards and Claude “Fiddler”, among others. He has also appeared as a clinician/guest artist throughout the United States, Canada, and Sweden. He was an original member the UNC/Greeley Jazz Festival All-Star Big Band and has been commissioned to write two new compositions for that band. Dan has supervised numerous honor groups at festivals, including all-state ensembles of jazz in California, Washington, Nebraska and Oklahoma. He also directed the 1996 NBA National Honors Jazz Ensemble. from http://www.dangailey.com