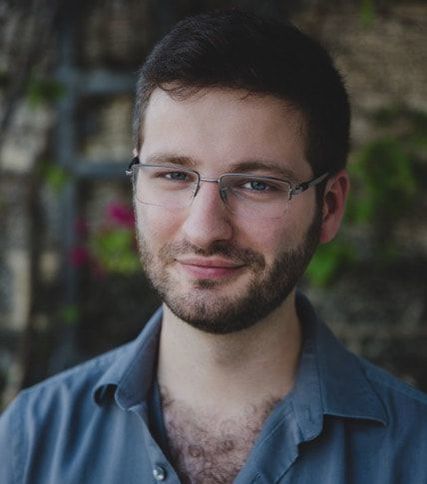 Dan Montgomery is an upright/electric and vocalist, composer, educator, and singer from Rochester, New York. He currently resides in Miami. He graduated Summa cum Laude from the University of Miami’s Frost School of Music with a Bachelor’s degree in Studio Music and Jazz Bass Performance in May 2015. He has performed with The New York Voices and Shelly Berg. Dan has performed at many major festivals and events including the Telluride Jazz Festival (2013, 2014), the JEN Conference (2014) and 2015, the Monterey Jazz Festival (2015), and the Tonica Jazz Festival Guadalajara (Mexico (2015)). Recent accomplishments include Dan’s 3rd place in the International Society of Bassists Jazz Competition (June 2017), the JEN Conference (2014 and 2015) and the Tonica Jazz Festival in Guadalajara, Mexico (2015). Dan was also awarded the “Best Player” award at the Zilina Jazz Contest, Zilina, Slovakia, September 2017, and was accepted into the prestigious Betty Carter Jazz Ahead Program in April 2018. Dan is also an accomplished composer. His composition “Type A” was performed by Dan at the 2015 JEN Conference as well as the 2015 Tonica Jazz Festival by Frost Sextet. It was also recognized by Downbeat that year as an “Outstanding graduate composition”. This is Dan’s opening track from his debut album “Storyteller”, which can be found on CDBaby and iTunes, Amazon, Google Music, and other digital music stores. The album was given a 5-star review by “All About Jazz” and was described as “a bold, audacious offering classic jazz.” The album features nine of his original compositions, as performed by a remarkable quintet of musicians he met at the University of Miami. The quintet has performed extensively in Miami, San Francisco (having held an October 2017 residency at the Black Cat Jazz Club for five nights) and in the Midwest. Dan is a passionate educator as well. He was a clinician at the Tonica Jazz Festival as well as the University of Alaska Anchorage’s annual “Jazz Week”. He is also the bass instructor at the Community Arts Program in Miami, Florida. from www.danmontgomeryjazz.com