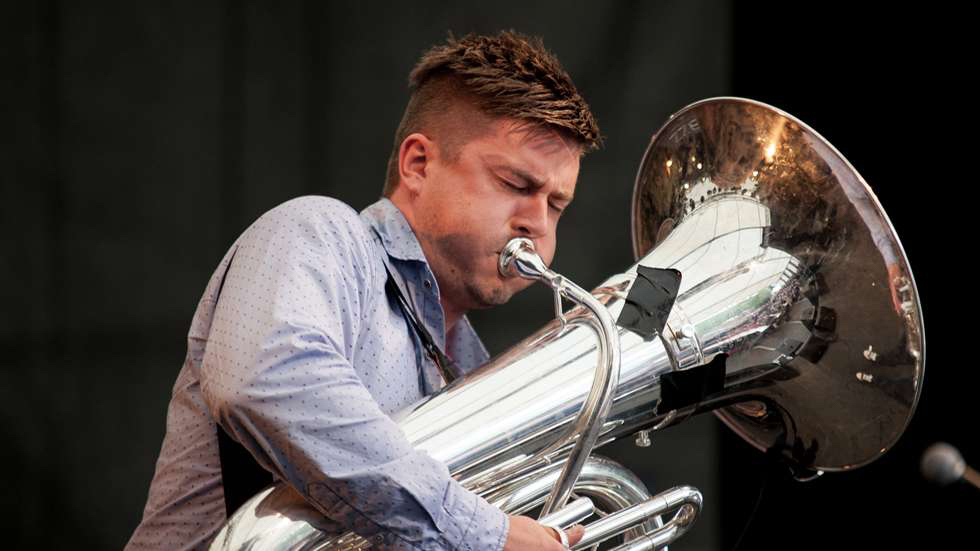 Daniel Herskedal, a Norwegian jazz musician and tuba player, was born April 2, 1982 in Molde. He has been a part of many recordings and played in a variety of ensembles. Herskedal is often considered one of the most talented jazz tuba players. He also has the ability to mix multiple genres. He was a boy who played Daniel Herskedal’s horn, but later switched to his brother’s tuba. He attended Storyville Jazz Club and studied music at Molde High School between 1998 and 2001. He was also on many boards with his hometown Dixi. After moving to Trondheim, he received a bachelor’s degree (NTNU) in jazz studies (2006) and then he was in jazztubaisme at Rhythm Music Conservatory of Copenhagen (RMC). He also wrote this thesis about joik and jazz. The orchestral work, A sacred narrative, was performed at the King Haakon Church, Norwegian Seamen’s Church, Town (2007). He was a student in Trondheim Jazz Orchestra, where he performed on many occasions. In Copenhagen, he was the professor of Stormchasers’ student orchestra, Django Bates. Today [when?]. He looks like a Nord-Trondelag musician. He has recorded albums with the above trio! (since 2002), Bendik Giske, a saxophone player, and Espen Berg piano. Kaktusch is a trio that features Anton Eger on drums, Marcus on saxophone and Marcus headland. He plays in Quintus Big Band, which he formed in 2007. He also has Ingrid Bergene fosa, Kristoffer Lo, Ingrid Bergene trumpet, Morten Erik Schroder Heggli trumpet and the percussionists Frode Fjellheim/Stian Lundberg, and Elisabeth Fossan trombone. Quartet Bat Band also features Hayden Powell trumpet, Steinar Nisen organ and Lasse Elhn drums. He’s also part of the quartet Brass Boost, which includes Stefan Ringive trombone and Anders Bast saxophone. Said Powell, Erik Johannessen (1975), Trombone and Erik Nylander drummers made up quartet Magic Pocket, Nattjazz and Molde Jazz (2004). Bendik Kaltenborn composed the music for The End (2008). bio from Wikipedia