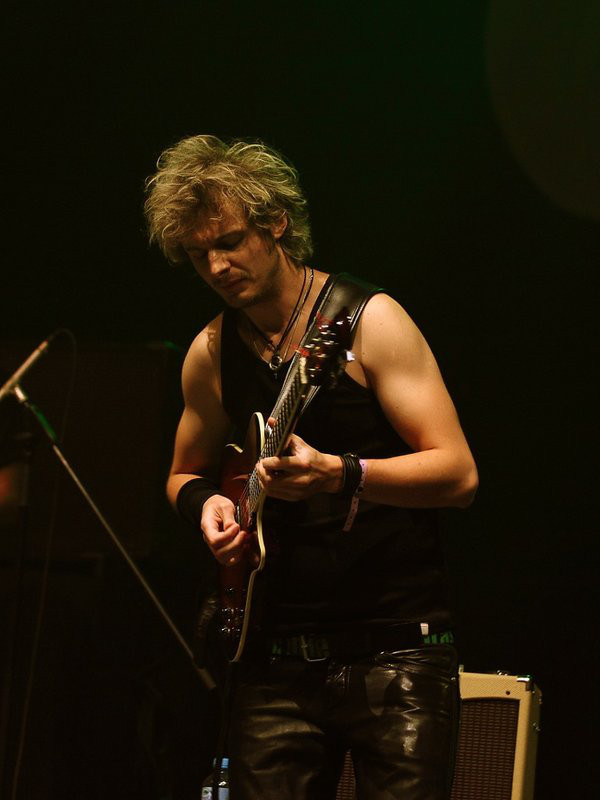 Daniel Popialkiewicz, a guitarist and composer of jazz music, is a graduate of the Academy of Music Katowice at Faculty of Jazz and Stage Music. He was the laureate in many international guitar competitions, including numerous first prizes. He was a lecturer at the University of Zielona Gora’s Department of Jazz and Entertainment Music and edited articles about jazz music for the “Pogranicza” magazine in 2008 and 2009. He composed and performed the music for the Pedro Calderon De La Barca performance, “The Great Theatre of the World”, for the XV International Festival of Sacred Music (“Gaude Mater”) in Czestochowa. This wide variety of skills has led to many stylistic experiences. He has been working with Marcin Wyrostek, an accordion player, and Lona Webber for more than ten year. He has worked alongside, among others, The Globetrotters and Button Huckers, Mieczyslaw Zczesniaks, Grazyna Augustusciks, Kayah, Monika Bolzym, Lena Piekniewska, Piotr Polo, and Grazyna Auruscik. He is a regular presence in the studio, and he has performed at more than forty major Festivals across the country (often multiple times). In 2008, he began his solo career. His debut album was praised by the media as “one the most intriguing achievements of young Polish jazz impressingwith extraordinary maturity” while Jaroslaw Stietana stated that “Popialkiewicz shows grace and ease that he’s no doubt one the top jazz guitarists in Poland”. He defended his doctoral thesis entitled “Articulation techniques of rock guitarists on the ground of jazz music” with his third, latest album called “Nada” in 2017. from http://danielpopialkiewicz.com