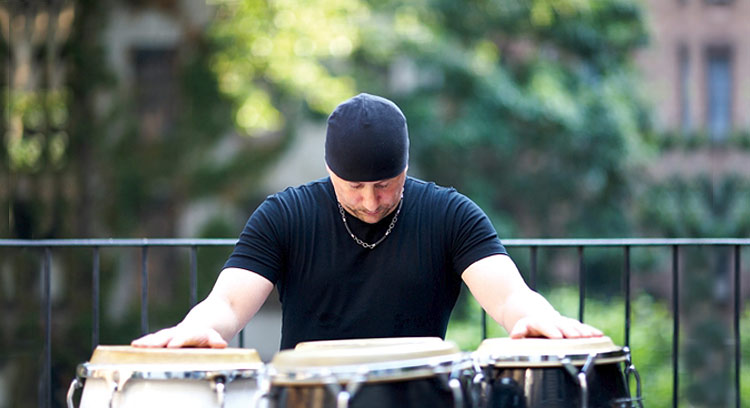 Bronx native Daniel Sadownick received a Master’s degree in Musical Education from New York University. He also studied composition. After graduating from New York University, he continued to study privately under the guidance of John Amira, Andrew Cyrille and Frankie Malabe, percussion masters. Following graduation, Mr. Sadownick went on two-year tours with the Lionel Hampton Orchestra. Daniel met many jazz legends while on tour with the Lionel Hampton Orchestra for two years. Daniel is a versatile percussionist who doesn’t limit himself to any one genre. He has spent the past few years recording and touring with many artists, including Steely Dan and Jennifer Lopez, Tony, Tone’ and Maxwell, Angie Stone, and Me’shell Ndege’Ocello. Daniel is also part of the New York-based cult group, the Screaming Headless Torsos. They were listed in the February 1996 issue Musician Magazine as one of America’s top ten bands. Function Over Structure is Daniel’s own project. The project features original compositions and demonstrates the use of percussion in a “straight ahead jazz context”. Daniel believes that jazz percussion at the moment seems to be restricted to a particular style that doesn’t include all of the possible instruments. I want to incorporate all of my influences into jazz. This includes Joe Zawinul and the Art Ensemble of Chicago, as well as Cannonball Adderley and Frank Zappa. These musicians were pioneers and torchbearers. “I hope my contributions will make a statement comparable to the extraordinary artists. They were unwavering in their determination to bring passion, intensity and soul to their music. Daniel is also an instructor of private percussion studies and a faculty member at New York University. Daniel says that New York City living is a blessing. It’s a cultural hub that allows you to hear music from all over the world. This beautiful city is home to Jazz, Afro-Cuban and Brazilian music. It’s a privilege to have been raised in this city. Daniel Sadownick endorses LP drums, accessories, Paiste Cymbals and Vic Firth sticks. from http://www.drummerworld.com