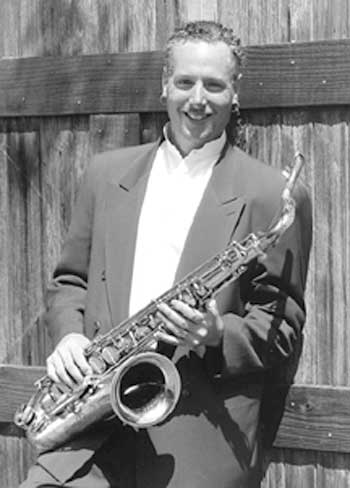 “Dann Zinn, a game-changer, is taking jazz into new directions,” Dann Zinn is known for his passion as a soloist and composer/arranger. He has been praised for being “inventive,” “distinctive” and “creating an emotional listening experience.” His unique style makes him a rare artist. Zinn has worked with Joe Henderson and Taylor Eigsti as well as Jeff Tain Watts and Russ Ferrante. He also played with Freddie Hubbard and Chuck Findley. His impressive discography includes more than 100 performances as a sideman or soloist on albums featuring prominent musicians. His performances have been featured on international stages, including the San Francisco Jazz Festival, Monterey Jazz Festival and Yoshi’s where he has performed to sold out crowds. His work has been recognized by prestigious publications like Jazz Times, Jazziz, DownBeat Magazine, Jazz Times, Jazziz, as well as local media like the Oakland Magazine. His other performances include television, radio, multi-media videos, games and children’s specials. As a teenager, Dann was introduced to the Bay Area’s music scene. He studied and worked in Los Angeles and Aspen before settling in New York. He mentored Eddie Daniels, Lenny Pickett and Ernie Watts in his youth. Zinn spent his early years touring New England and gigging, before returning to California where he is one of the most highly sought-after sax players. Zinn’s original albums Ten Songs and Wish were immediately praised and received widespread recognition. Zinn’s music has been praised as being “deeply idiosyncratic” and shaped by the synthesis of seemingly different polar influences. The experience of John Shifflett, Paul VanWageningen and Tim Volpicella created a sound that is both sophisticated and sincere, classical and ethnic, and leaves listeners wanting more. Zinn’s “beautiful, ethereal folk songs” are praised by musicians. They also have complex chords beneath. Paul’s brother Mark Van Wageningen added electric bass, while Brian Rice percussion made it a rich, full-bodied musical experience that was “auspicious,” very impressive, and brilliant! Zinn’s original compositions are featured again, along with stunning arrangements of the timeless Police song King of Pain and Stardust by Hoagy Carmichael. Zinn’s compositions have a unique identity. It was “…praised by critics as a mix of melodic lines and intense solos. The result is …” a musical journey that’s well worth the effort. They are able to work seamlessly together and create a creative environment that complements Zinn’s style but also taps into their individual personalities. “Zinn’s arrangements and compositions are so potent…it demands attention.” Zinn’s latest recording, Shangri La, began to emerge almost immediately after Grace’s Song. Zinn was intrigued by the idea of a trio that would be without a bass and was again inspired by the haunting sounds in his head and his passion for creating an accessible and pure sound. The world-renowned drummer Peter Erskine, as well as the incredibly talented Chris Robinson (guitar) are joining Zinn on this project. It was one of Erskine’s favorite recordings. They combine their talents to create a playful, beautiful sound that is “a game changer all the way around.” This is not easy jazz, but it is worth the effort. This is a high-water mark for sitting down jazz lovers who like to include swinging elements in their mix. Zinn was Director of Jazz Studies at California State University East Bay. He is also currently Director of Jazz Bands at Chabot College. He is also the Director of the San Francisco Jazz Festival High School All Star Combo. Zinn’s private studio houses a number of recipients of full scholarships to schools like the Boston Berklee School of Music. He is also the recipient of the Jimmy Lyons Award and the Downbeat best high school or college musician awards. Dayna Stephens and Chad Lefkowitz Brownn are some of his students. Ambrose Akinmusire, Justin Brown and Elena Pinderhughes have been his students. Zinn and The Art of Saxophone is a long-awaited project that has been in the works. Six books containing valuable information for students and professionals about how to improve their playing skills and expand their concepts are now complete. Zinn is a firm believer in his students being the first chair of the All State Band by next season. Zinn instills in his students a work ethic that allows them to make the most of their talents. Zinn gives life meaning to the phrase “How do I get to Carnegie Hall?” He is currently enjoying a balance between his creative endeavors as a musician, sideman, teacher, and bandleader. Zinn lives in Alameda with his wife and their two children. from http://www.dannzinn.com