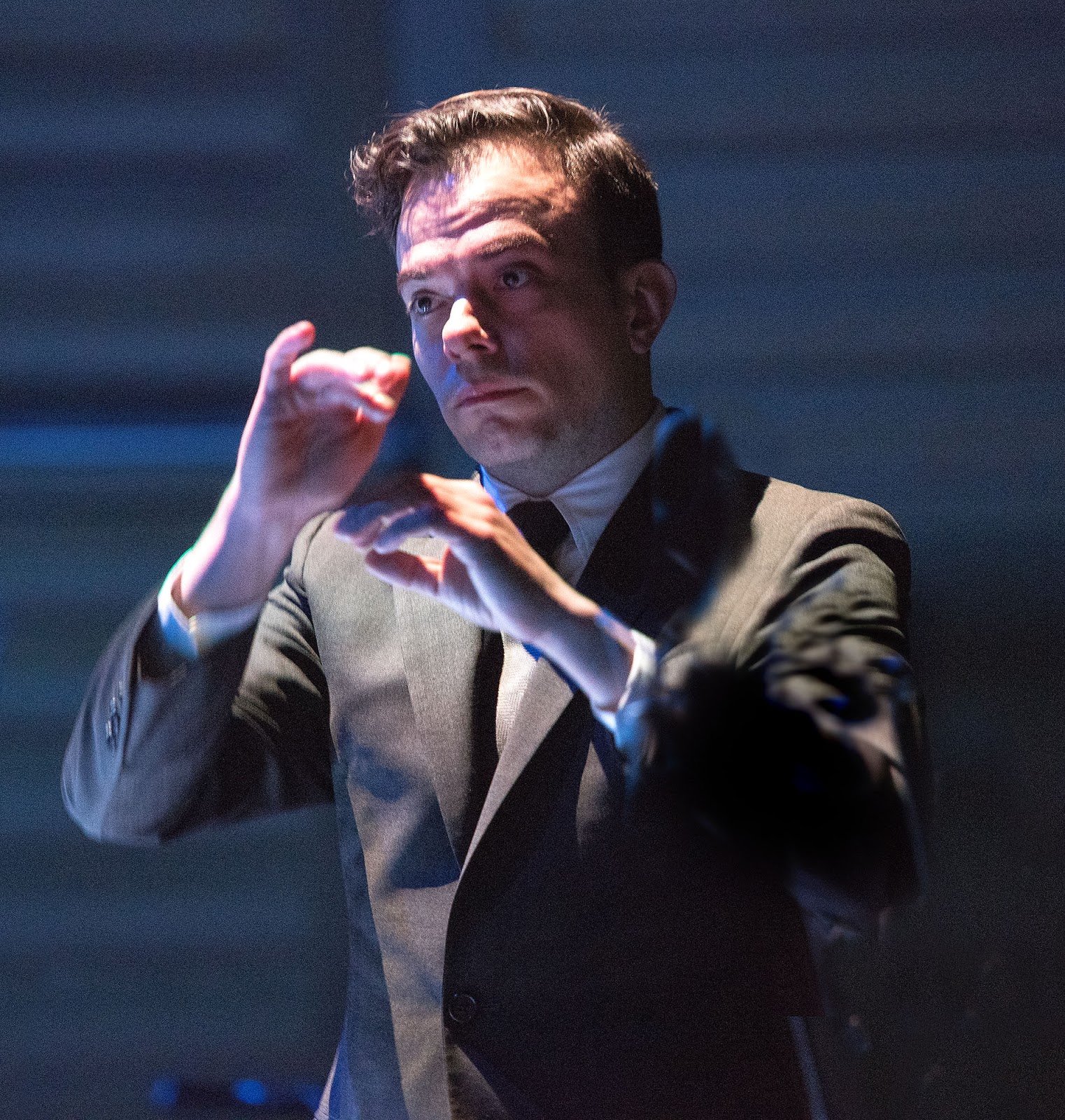 Darcy James Argue, a Vancouver-born jazz composer and bandleader, is from Brooklyn. His 18-piece band, Secret Society, is his most well-known work. They have released two GRAMMY-nominated records. Argue was born in Vancouver (British Columbia). He studied composition at McGill University from 1993-1998. In 2000, he moved to the United States to continue his studies at New England Conservatory. There he met Bob Brookmeyer, a legendary jazz composer. After his studies at New England Conservatory Argue moved to Brooklyn, where he currently resides. Darcy James Argue’s Secret Society was an 18-piece big band that Argue founded in 2005. The group’s first studio album, Infernal Machines was released in 2009 by New Amsterdam Records, a New York City-based indie-classical record label. It received a GRAMMY nomination [5] for Best Jazz Large Ensemble Album and a JUNO nomination (Contemporary Jazz Album of the year) for its widespread acclaim. It was also recognized in the DownBeat Critics Poll multiple times and featured on more than 100 Best-of the-Year lists such as the New York Times and NPR. Brooklyn Babylon was Argue’s Secret Society’s second album. The album was created from a multimedia performance by Danijel Zezelj and premiered at BAM Next Wave Festival, November 2011. Brooklyn Babylon was also nominated for JUNO and GRAMMY Awards. It earned top positions in the 2013 DownBeat Critics Poll for Arranger, Big Band and Arranger. It was also named The New Republic’s Best Album of 2013, and included in the Top 10 Albums list for the 2013 NPR Music Jazz Critics Poll. Secret Society, in addition to the two albums, has toured extensively including three appearances at Newport Jazz Festival and European tours. From Wikipedia