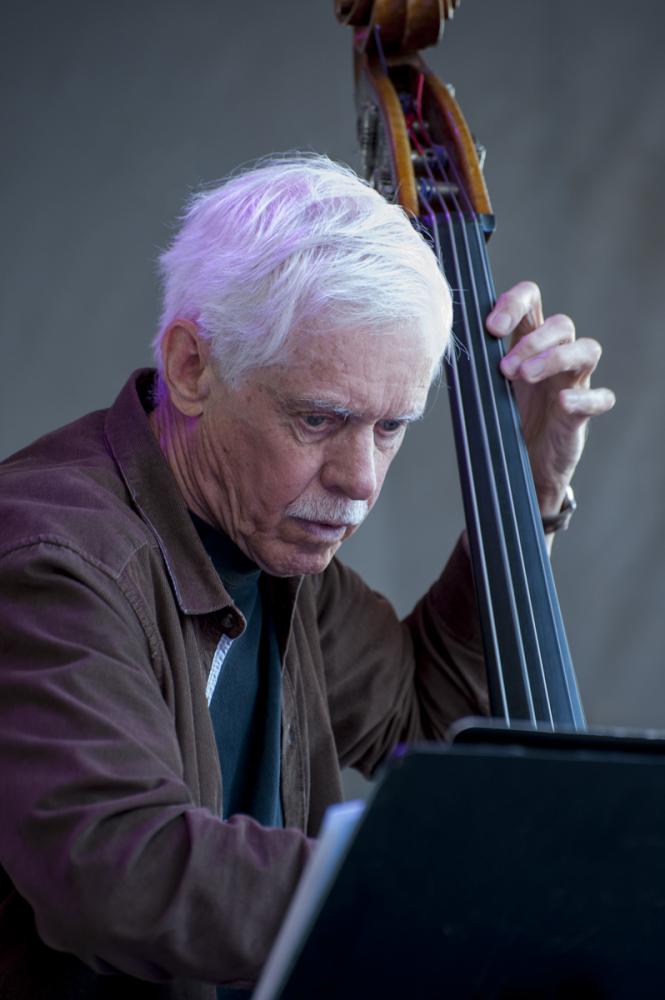 The multi-award-winning composer and bassist Dave Young, a Winnipeg-born and Toronto-based musician, is without doubt one of Canada’s most beloved and valuable musical exports. Dave is a true musician with an artistic soul, whether he’s playing in a classical orchestra, an instrumental member of an iconic jazz trio, or leading one of his dynamic ensembles. At the age of ten, he began to study the violin and guitar. However, a series of events at his first gig (a University dancing band) led him to take up the bass. Dave is equally comfortable in jazz and orchestral classical music. He is a classical musician and has been a member the The Edmonton Symphony, The Winnipeg Symphony, and The Hamilton Philharmonic. He is a jazz musician who can be a chameleon-like, and often shines brightest when he collaborates with other musicians. Dave is a technical genius, and few jazz bassists can swing as hard or as lyrically as Dave. A five-year stint (1961-1966) with Lenny Breau’s jazz quartet was one of Dave Young’s most cherished gigs. Randy Bachman’s Guitar Archives has just released Bourbon Street, a LIVE recording of Dave Young and Lenny recorded in duo format. The original recordings were made on a reel-to-reel reel at Toronto’s infamous jazz venue. There are many musicians Dave has performed with, including the late Oscar Peterson, Clark Terry, Zoot Simms and Joe Williams. Dave Young has been a leader on a number excellent CDs in recent years. In November 2009, Mean What You Say was the most recent CD. Fables and Dreams, a JUNO winner with Phil Dwyer (Justin Time Records); We Three (Torontosound.com); and Two by Two Volumes 1 and 2 with Phil Dwyer and Michele Lambert