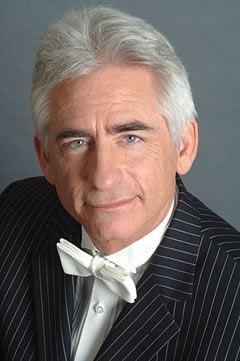 David Benoit has recorded over 25 solo albums since he began his recording career in 1977. His 1980s albums This Side Up, Freedom at Midnight, and the GRAMMY-nominated Every Step of the Way were considered to be influential genre classics. His other GRAMMY nominations include Best Instrumental Composition for “Dad’s Room”, 1999’s Professional Dreamer, and Best Large Jazz Ensemble Performance for the GRP All-Star Big Band. Since 2000, his prolific output includes many Charlie Brown-related projects (including Here’s To You Charlie Brown: 50 great years and 40 Years: A Charlie Brown christmas), which reflect his passion for the music and establish Benoit as his musical heir. Benoit also released the Billboard Contemporary Jazz charting album Fuzzy Logic. Benoit has a growing list of orchestral music projects, including his role as conductor for the Asia America Symphony Orchestra, as well as leading orchestras such as the Los Angeles Philharmonic, San Francisco Symphony Orchestra, San Antonio Symphony Orchestra, San Francisco Symphony Orchestra, San Francisco Symphony Orchestra, San Francisco Symphony Orchestra, San Francisco Symphony Orchestra, San Antonio Symphony Orchestra, and San Antonio Symphonies. He also recorded 1996’s American Landscape, which he performed with The London Symphony Orchestra, and 2005’s Orchestral Stories together with members of The Asia America Symphony Orchestra (and the Czech National Symphony Orchestra). Orchestral Stories featured his first piano solo, “The Centaur and the Sphinx”, and his highly acclaimed symphonic work “Kobe”, both of which he performed live in a variety of settings throughout the country. Benoit conducted Leonard Bernstein’s West Side Story with the Asia America Symphony Orchestra, in 2009; Lea Salonga was also in the show. He then conducted Beethoven’s Ninth Symphony with that orchestra in his critically-acclaimed debut at Los Angeles Disney Hall. Benoit’s most notable film scores include The Stars Fell on Henrietta (starring Robert Duvall) and The Christmas Tree (produced by Sally Field), which was voted Film Score Magazine’s Best Score of 1996. Benoit was also a frequent guest educator at the Mr. Holland’s Opus Foundation. He won the organization’s 2001 “excellence music education” award. Benoit, who was living in Los Angeles at the time, took a break from the hectic pace and moved up to the hills near Saratoga in October 2008 to be an artist in residence at Villa Montalvo. He found peace and inspiration in a small cabin and wrote “Botswana Bossa Nova”, and “Will’s Chill,” which were two original pieces that were unlike anything he had ever done. These were the basis for Benoit’s April 2010 record, Earthglow. It was his first collection of original material in four-years. The American Smooth Jazz Awards presented the Lifetime Achievement Award to the pianist/composer at their Michigan City, Indiana event on October 29, 2010. Benoit will be on the road this year to perform compositions from Conversation. Heads Up International, a division under Concord Music Group, will release Conversation on May 29, 2012. Benoit receives assistance from musicians representing a wide range of styles, including Jeff Golub, Pat Kelley, David Pack, and flutist Tim Weisberg. Robert Theis is a young classical player who is not afraid to take their music to more unconventional and adventurous places. From www.benoit.com