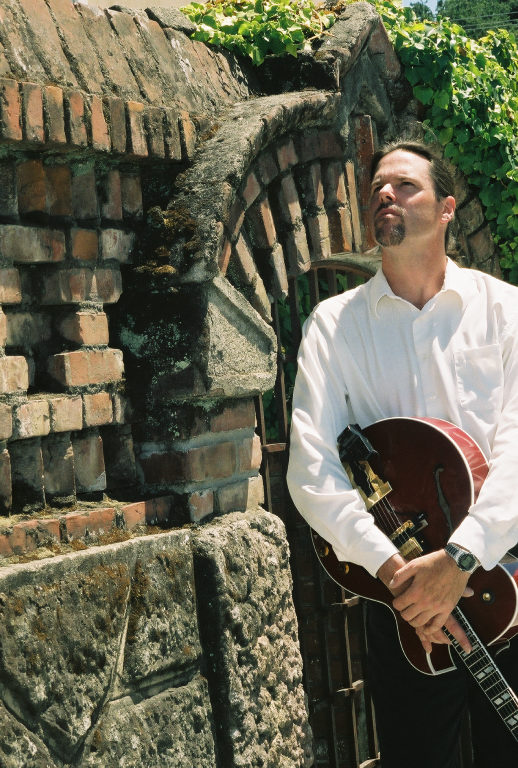 David Boswell, a jazz guitarist, was born in San Francisco and raised in Saratoga. His family was musically inclined, and his older brother John Boswell became a professional musician. He began guitar lessons in the second grade. He formed a rock band at 12 that performed school dances. He was 16 when he went to a Pat Metheny concert, which he described as a “religious experience”. From there, he became engrossed in jazz. Later, he was selected to join a group of young musicians that traveled to Woodstock, NY to study with Metheny and Dave Holland for several weeks. As a member the Bay Area band, the Metro Jets (which recorded the album About to Surface) and performed extensively in the San Francisco Bay area, he made a living playing rock music. He moved to Los Angeles and played in Model 2 while completing a guitar degree at the Grove School of Music. He also studied film scoring and composition at UCLA. This was where he learned how to write for an orchestra. Boswell was a session musician in Los Angeles. He appeared on many albums featuring Broadway performers such as Joanne O’Brien and Cindy Benson. He was also a member of a jazz trio that included John Mosser and Dean Taba, who were both well-known bassists. Boswell was a prolific composer at this time. His first solo album, “Hold tight to your dreams”, was released on My Quiet Moon Records in 2004. In March 2006, he followed it with “Bridge of Art”, his second album. This had a hit on Smooth Jazz charts with “Simple Life” and “I Like That”. Nelson Rangell, his brother and Yellowjackets founder, played the saxophone, while MB Gordy and MB Boswell played the piano and percussion. For “Windows”, he returned with the same rhythm section, with Rod MacDowell and Dean Taba sitting in the bass chairs for a few tracks, and John Fumo as a special guest on one song. David Boswell’s unique music style features synthesized and acoustic guitars as well as the use of his voice to create melodic instruments. David’s music takes the listener on special and amazing journeys. The music is cinematic at moments, but leaves you with beautiful melodies that you can sing along to even when the music stops. bio by www.davidboswell.com