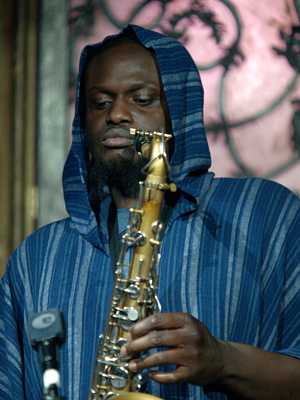 David Boykin, composer and saxophonist, is the future of Chicago’s jazz sound. His compositions are hard-swinging, melodic, and lyrical. They also challenge the limits of rhythmic complexity and harmonic complexity. He has the Chicago tenor saxophonist’s characteristic full sound and boundless energy. Soloing can be a dynamic experience because of his emotional expression, technical proficiency, and energy. David Boykin began his studies in music at 21 years old. He has achieved a lot in his short time as a musician, including a clarinet solo. He has released four albums under his own name since 1997. He has been a leader in bands that range from one to thirteen members and has performed at major jazz festivals around the world as well as extensively throughout Chicago. He has performed in Paris France and Moscow and Yaroslavl Russian, New York City and Pittsburgh, as well as Detroit. He is currently the leader of the David Boykin Expandse, which has a core group consisting of pianist Jim Baker, Josh Abrams, flutist Nicole Mitchell and bassist Josh Abrams. from http://www.davidboykin.com