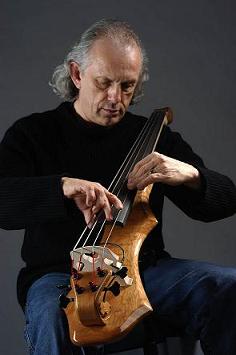 David Friesen, an American jazz bassist, was born May 6, 1942 in Tacoma. Friesen can play the double bass and the Oregon bass. The latter is an electrifying acoustic basse. Friesen learned the bass while serving in the Army of Germany. He was a member of the John Handy and Marian McPartland bands, and then he played with Joe Henderson. In 1975, he went on tour in Europe with Billy Harper. In 1976, he released his first recording as a session lead. He began working with John Stowell, the guitarist. They would continue to work together for many years. In 1977, he performed with Ted Curson at Monterey Jazz Festival. He worked with Ricky Ford and Mal Waldron in the following years. His 1989 album Other Times, Other Places reached #11 on the U.S. Billboard Top Jazz Albums chart. He has played with Chick Corea and Stan Getz, Dexter Gordon and Kenny Garrett. His sister Dyan Cannon is an actress. From Wikipedia