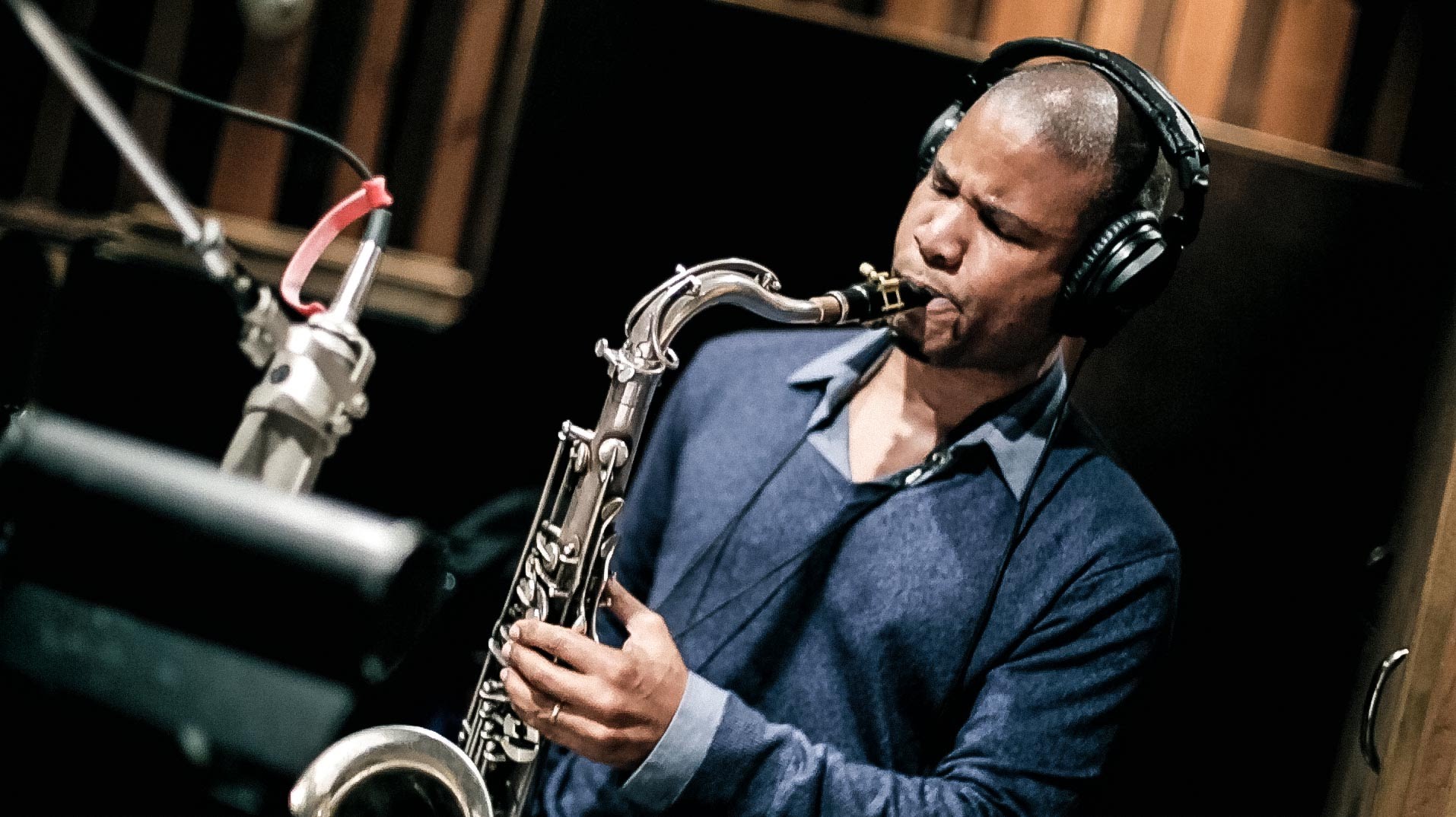 David Sanchez began playing tenor when he was twelve years old and took up conga at eighteen. After graduating from a high school for performing arts in 1986, he studied psychology for a year and then moved to New York City, where he decided to be a musician. Sanchez studied at Rutgers University with Ted Dunbar and Kenny Barron. After working as a freelancer in New York, Sanchez joined Dizzy Gilespie’s United Nation Orchestra in 1990. He also had the chance to play in Dizzy’s small band. He has been on tour with the Philip Morris SuperBand, recorded along with Slide Hampton’s Jazz Masters, Charlie Sepulveda, Danilo Peez, Ryan Kisor, Danilo Perry, Rachel Z, and Hilton Ruiz, as well as his own sessions for Columbia. David Sanchez is a tenor musician whose music combines Afro-Cuban rhythms and advanced bebop in releases such as Sketches of Dreams 1994 and Street Scenes 1996. Two years later, Obsession was followed by Melaza in the middle of 2000. Sanchez has been busy since then, releasing Travesia, Coral, and Cultural Survival in 2001.