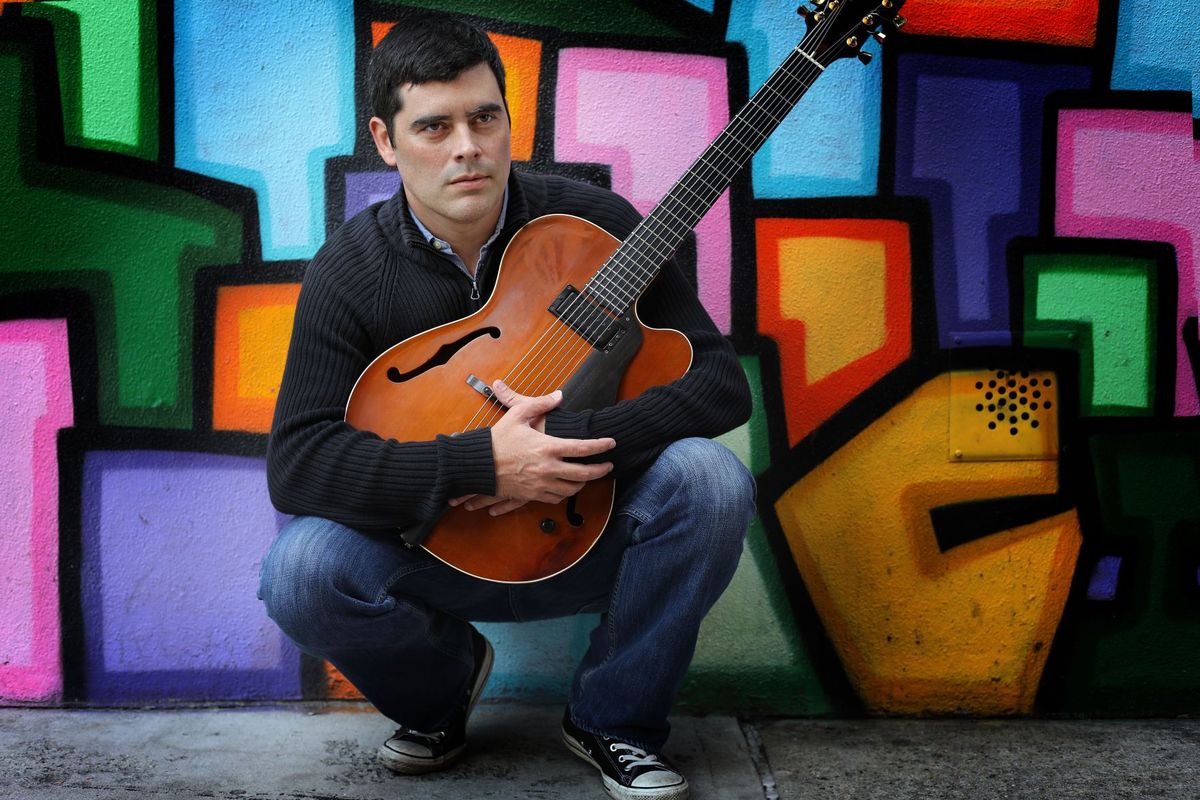 Davy Mooney is a jazz musician whose mission it is to blend the New York’s modern musical sophistication with the New Orleans soul. Sunnyside Records’ latest release, Hope of Home, is Davy Mooney’s latest CD. The title represents the anxieties and hopes associated with Mooney returning to New Orleans six years after he had lived in New York for six years. Mooney, a jazz musician and writer, has re-enacted this stage of his long journey with Brian Blade, Jon Cowherd and John Ellis. There have been many bumps along the way and unexpected detours. The most severe was 2005’s hurricane Katrina. Mooney fled mid-city New Orleans to Washington D.C. where he took part in the 2005 Thelonious Monk International Jazz Guitar Competition. This competition was held just two weeks after New Orleans had been evacuated. He was third overall. He met John Pizzarelli, a great singer and guitarist, while there. They recorded Last Train Home on Challenge Records in 2009. Mooney decided to move to New York after the competition. Since then, he has been bouncing back and forth between Brooklyn’s mean streets and Queens’ swamps. Mooney studied at the Monk Institute of Jazz Performance and recorded a CD of original compositions for Spice Records, Astoriano, in 2007. This was a pun on Queens’ “Astoria”, and “N.O.” He has performed all over the continent with many jazz legends, including Terence Blanchard and Dee Dee Bridgewater. Mooney also self-published two novels, which explore the same New Orleans/New York themes as his music: Annalee and 2012’s Hometown Heroes. Mooney is also an accomplished jazz scholar. He received his PhD in Jazz Performance in May 2015 from New York University after finishing a dissertation about the early work and music of Joe Pass. Sunnyside Records has Perrier St and Hope of Home. Mooney continues his international tour in support of both albums. From www.davymooney.net