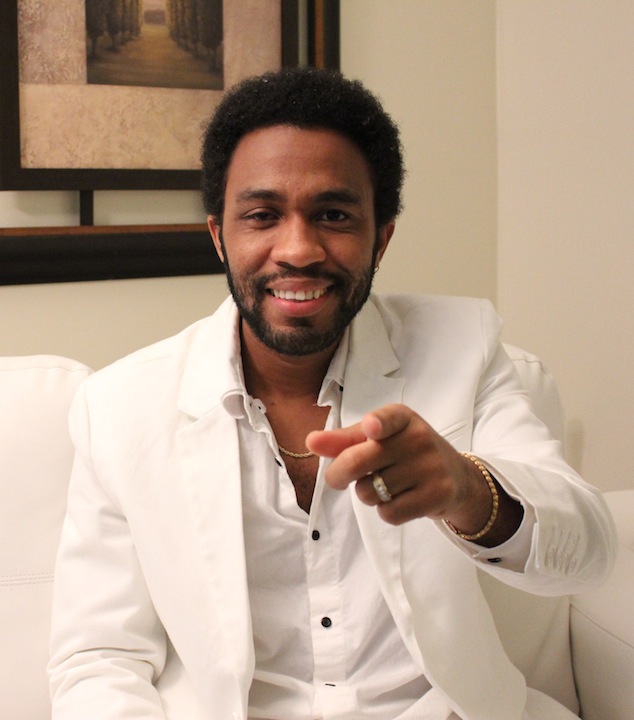 Dayramir Gonzalez, a pianist and composer from Havana, Cuba, has made a name for himself as an artist/composer based in New York City and a strong musical force with his U.S debut, “THE GRAND COURSE” (March 2, 2018, Machat Records). The album is a stunning showcase of Dayramir’s vast talent and broad musical vision. He is an internationally respected composer and pianist. His’monster technique” and his prolific creative range that combines rock, pop, jazz, and Afro-Cuban styles have earned him international praise. Dayramir’s ability to weave a mosaic of traditional and cutting-edge inspirations does not only depend on his daring mix of genres. The GRAND CONCOURSE is a vibrant collection that reflects the energy and vibrancy of New York City. It also includes the appeal of early 20th Century Cuban sonic influences and the cultural roots of Yoruba religious elements. (Cuban-centric Yoruba beliefs identify both spiritual and natural characteristics as part its foundation). Dayramir’s 21st Century precision elevates this lively album. Dayramir may have started his journey in Cuba, but there has been plenty of milestones along his varied path. Dayramir was born in Cerro in Havana, during “the special period”, which is known in Cuba as the most difficult economic times in Cuba’s history. Music was the focus of Dayramir’s life. Dayramir’s father, Fabian Gonzalez (Afro-Cuban jazz trumpeter), was a driving force in Dayramir’s discovery of the piano when he was 8. He was eventually accepted into Cuba’s famed National High School for the Arts. Oscar Valdes, a noted singer and percussionist from the band Irakere, nurtured the young prodigy. He was chosen at 16 to be a pianist and original member of Diakara (another seminal band that Valdes founded). Dayramir was recruited by Giraldo Piloto, a Cuban legend, to join Klimax. He helped to create the iconic group’s sound. He began to win festival competitions with his impressive credits. He won the first prize in Havana’s JoJazz festival’s composition category in 2005, and was awarded a record contract with Cuba’s national music label Colibri. His first album, “Habana EnTRANCE”, was recorded in Cuba in 2007. It showcased his talents as a musician, bandleader and composer. Three Cubadisco Awards would be awarded to the album, which is considered to be the Grammys of Cuba. Dayramir was admitted to Havana’s prestigious Instituto Superior de Arte, where he learned composition under Juan Pinera. He was then awarded a Berklee Music Scholarship to Boston’s prestigious Berklee College. This made him the first Cuban to be granted the coveted full Presidential Scholarship. Dayramir, who graduated Summa cum Laude in 2013, was rewarded with a host of accolades. He was signed to Berklee’s Jazz Revelation Records and featured on their acclaimed compilation album. He also received the honor of being one of their top five pianists at their annual Piano Gala. He was called “a rising star of Latin jazz” by Carnegie Hall in 2012 and was personally selected by Chucho Valdes by Carnegie Hall to represent the young generation of Cuban Jazz at Carnegie Hall’s “Voices of Latin America” series. The Wall Street Journal featured musicians Gonzalo Rubalcaba and Danilo Perez as well as Valdes. After graduating, he was awarded the Wayne Shorter Award as Most Outstanding Composer. Dayramir soon moved to New York City, where he sought to further his musical career and to experience the “incredible vibe and flow” of the city that he had always longed to visit as a child. He admits that it was difficult despite all his accomplishments. “I had no choice but to throw out the tree that bears the fruits of success. New York is a place where you can’t get anything. He says, “It’s either show me your stuff or roll up your sleeves.” He endured the struggles and hiccups of starting up in the musical capital of the world, but he also wanted to “give back” what he had gained. Dayramir, who is also the co-founder of The Art School of Contemporary Performance and Creativity in the Bronx provides musical education for city high school students with higher musical aspirations. The curriculum was inspired by the rich and inspiring musical programs Dayramir had benefited from in Cuba. We focus on composition, piano, and music theory. This emphasizes discipline and the acquisition and application of a knowledge base. It is very satisfying if we can get even a few kids on the path to their musical destiny.” The animated musical genius, who is fully aware that “THE GRAND COURSE” will be his first introduction to the United States, welcomes the challenge of welcoming new listeners into his world. He says, “I told my wife when i decided to make this record that I have so many inside to offer as an pianist and composer, and I want everyone to listen to it.” It was a team effort. I had to cut 23 songs down and then gather friends, fellow musicians, the orchestra talent, and all other elements that would become part of my vision. I’m humbled and thankful that I’ve reached a place in my life where it all can be heard.” from www.dayramirgonzalez.com