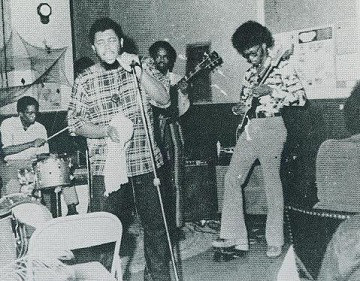 The Positive Vibes, a Philadelphia band, released two versions the same album. Both were self-released by Hikeka Records in 1973. The first was the psych mix entitled “Court Is Closed” and then the self-titled “soul mix”, with added horns, and re-ordered to include two additional tracks – the ‘Vibe Ing Theme’ (and the ‘Soul Of Black Folks’). From www.reddit.com