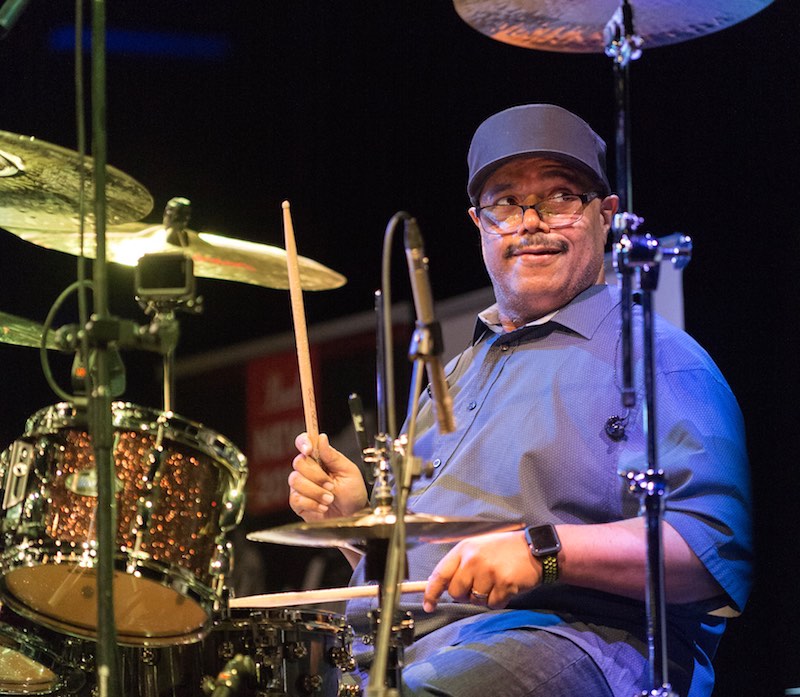 Dennis Chambers is a most respected American drummer who has recorded and performed with John Scofield, Carl Filipiak, Steely Dan, Santana, Parliament/Funkadelic, John McLaughlin, Niacin, Mike Stern, and many others. Dennis Chambers is well-known for his speed and impressive technique. Dennis Chambers is well-known for his ability to not only play in the pocket but also extend very far beyond the pocket, which is another hallmark of his style. Chambers has a strong style that is both technically skilled and highly musical. Chambers can play in many musical styles, but his greatest strengths are jazz-fusion, Latin, and funk. His fast hands and triplets at the bass drum are what make him most famous. Chambers started drumming when he was four years old and was already playing in Baltimore’s nightclubs at six. In 1978 (at 18 years old) he joined Parliament/Funkadelic, and stayed with them until 1985. He joined the John Scofield Band in the early 1990s. He has been playing with many of the most prominent jazz fusion musicians since then. He is a member of the Maceo Parker live bands and tours with Carlos Santana. Chambers was a featured drummer for the Late Show with David Letterman’s Drum Solo Week II 2005 to 2014: Santana – 2007: Tower Of Power – 2016: Mike Stern. Chambers suffered some health issues in July 2014. He was unable to perform on the music scene for several months. Chambers plays Zildjian sticks and Zildjian drumheads. From www.drummerworld.com