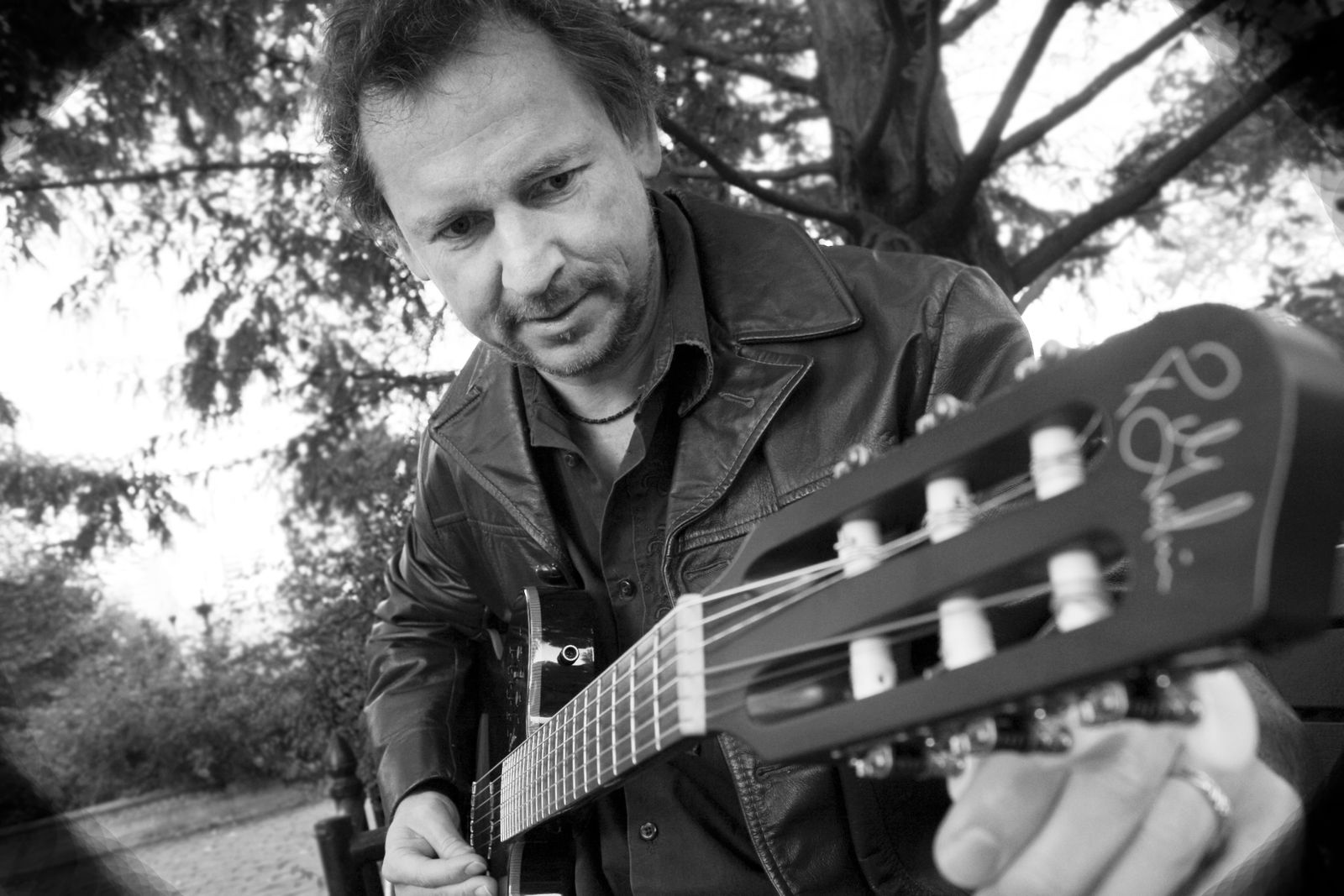 Rutgers University was where I started playing music. I was a member of the Improvising Structures Ensemble, which Dan Goode, a minimalist composer, led. Although we performed music by Terry Riley, John Cage and other artists, the most important thing for me was having my compositions played by large ensembles. Eric Kloss, a jazz saxophonist, was also part of the group. After playing for a while with the group, I decided to leave to become a session guitarist at Pyramid Recording Studio. It was here that I fell in love with the world of analog tape recording, 24 tracks and 2″. I heard sounds I had never experienced before. They were so large, warm, and so clear. I was able to master the art of mixing and recording, and eventually became the studio’s chief engineer. Gloria Gaynor and Kool and The Gang were among the many people I worked with. After the digital revolution in recording, I studied ProTools and digital techniques in NYC. I was awarded ProTools certification. My first solo album, “Lizard’s Tale”, was my first as an arranger, producer, engineer, and composer. I used all the knowledge I had acquired over the years. It was a wonderful experience to work alongside Larry Coryell and Mark Egan, as well as Thierry Arpino. Jon Anderson offered to sing on “Lizard’s Tale” after I began working with him on several pieces. It took me several months to get it right. Larry Coryell was a great friend and I began to work with him more often after working on my album. He became a close friend and I miss him. We worked together on the last Eleventh House album, “Seven Secrets.” I co-wrote “Dragon’s Way” along with John Lee, and played acoustic on that album. It will be a memory I will cherish forever. It was a powerful experience. My most recent release, Transcendance, is a collaboration between Giovanni Hidalgo (2X Grammy Award winning master percussionist). Steffie Moonlady, a beautiful and mysterious singer who adds her ethereal vocals to the mix, is also joining us. During this difficult time, we offer healing energy for our Planet. from https://dennishaklar.com