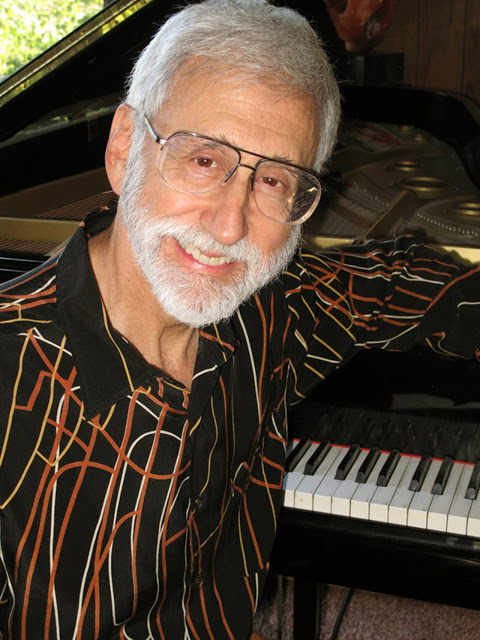 Denny Zeitlin is the author of over 30 critically acclaimed albums. He has twice won the Down Beat International Jazz Critics Poll first place; he has also written original music for Sesame Street and has appeared on network TV including repeats on CBS Sunday Morning and the Tonight Show. Zeitlin’s lecture-demonstration “Unlocking the Creative Impulse: The Psychology of Improvisation” has been presented across the U.S. and in Europe. He has performed at major jazz festivals in the U.S., Canada and Japan. Zeitlin was born on March 8, 1938 in Chicago. Both his parents were involved in music and medicine. At the age of two, he began playing piano. He also studied classical music through elementary school. In high school, he fell in love jazz, which was a custom-made medium that allowed him to express his primary interests in composition and improvisation. While still in high school, he played in and around Chicago professionally. He combined jazz and formal music theory and composition study with Robert Muczynski and Alexander Tcherepnin while in college and medical school. In 1960, he graduated Phi Beta Kappa at the University of Illinois and earned his M.D. Johns Hopkins in 1964. He is currently a psychiatrist with private practice in San Francisco, Marin County, and an award-winning Clinical Prof of Psychiatry from the University of California in San Francisco. His first records, which were released on Columbia in the late 1960’s, received international attention and critical acclaim. Zeitlin retreated from the public eye for several years to create a unique blend of jazz, electronic, classical, and rock. The music was recorded on multiple occasions in the 1970’s, culminating with the 1978 electronic-acoustic score for “Invasion of the Body Snatchers”. He returned to his original focus on acoustic music, in many settings, and continued recording, composing, and touring internationally. Recent releases by Denny Zeitlin include “Slickrock” and “Buster Williams on bass”, as well as Matt Wilson on drums. 2005 saw the release of “Solo Voyage”, which featured solo acoustic piano, and piano with synthesizer orchestration. Later that year, Zeitlin launched a comprehensive multi-media website detailing his activities in music, psychiatry, wine, fly fishing, and mountain biking: www.dennyzeitlin.com. The last three years of touring included performances at Litchfield’s Trio Jazz Festival in Chicago, Monterey and San Francisco; as well as appearances at jazz clubs at Chicago’s Jazz Showcase and Boston’s Sculler’s. They also performed at New York City’s Iridium and Oakland’s Yoshi’s. These shows were met with rave reviews and standing ovations. For 2009, solo performances are planned.