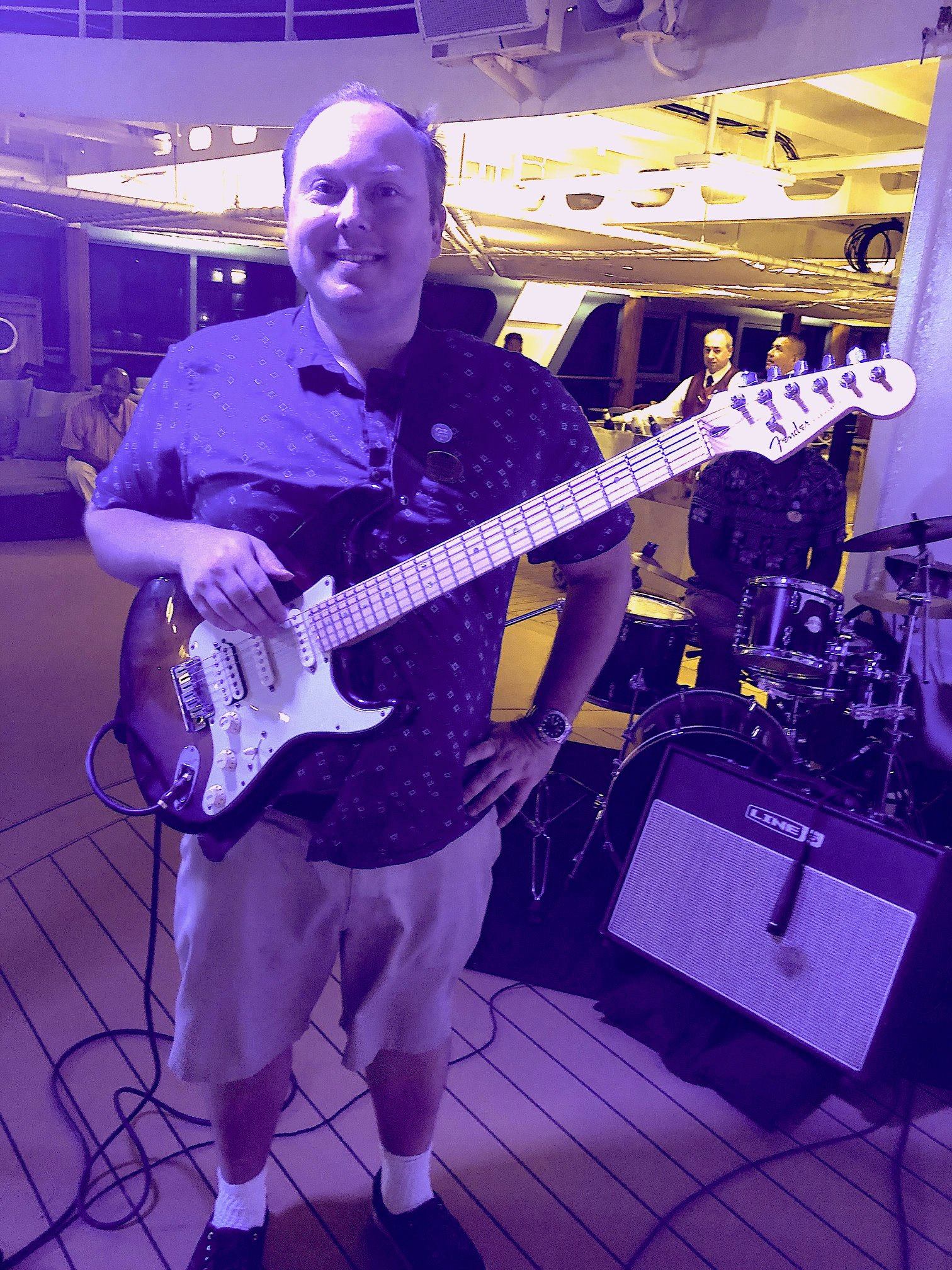 Derek Bomback is a jazz guitarist with a unique voice. He has performed on six continents and his career has taken him around the globe. Jay Jackson, a vocalist, said that Bomback was a “soulful player” and that his music combined influences from American jazz and European jazz to give it a unique sound. Derek graduated from Berklee College of Music, Boston, and received his dual degree in Jazz Composition in 2010 and Guitar Performance in 2011. He returned to Los Angeles shortly after he had moved back and was soon hired by Princess Cruise Lines, where he is now one of their musical directors. from https://derekbomback.com