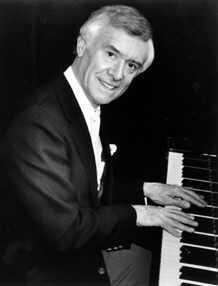 Derek Smith, a jazz pianist, is known for his versatility, elegance, and musicality. He was born in London, England, on August 17, 1931. He began playing the piano at age 14 and was already a professional musician by the time he was 14. Smith moved to New York City in the middle of the 1950s. He became a session musician, much in demand by recording studios. He also pursued his jazz ambitions in the company Benny Goodman, Connie Kay, and others. Smith moved back and forth between studio work and live jazz dates for many years. At the end of 1960s, he was also assigned piano duties in Doc Severinsen’s Tonight Show Orchestra. He reunited with Goodman often in the 1970s and led Love for Sale, his first recording date, in 1978. The Man I Love was released later in the year. Smith’s influence on jazz music increased over the years. He performed solo, but also played regularly in a trio with Bobby Rosengarden and Milt Hinton. Allmusic