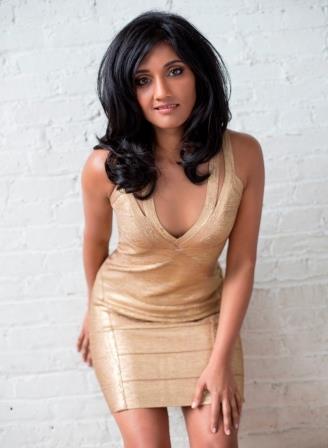 Although it might seem odd for someone who is skilled at interpreting lyrics, this perspective clearly captures Dheepa Chari’s essence. Dheepa Chari is a band leader in the spirit of Betty Carter. She is focused on creating a vibrant synergy that weaves a rich tapestry full of creative interplay that takes listeners on an amazing journey with each song. Her unique palette of colors draws from her personal influences. She combines the sweet sultryness of Sarah Vaughan with the emotional depth of Billie Holiday’s lyricism and the effortless control and impeccable phrasing of Ella Fitzgerald. Dheepa’s journey into jazz began at the age of 18, when she heard Ella Fitzgerald Sing the Duke Ellington Songbook. Music had been a major part of Dheepa’s life since childhood, when she grew up from her grandmother’s Indian professional Hindustani singing. Dheepa moved from Vancouver, Canada to Dallas, Texas at age six. She began serious study of Indian and Western Classical music when she was twelve. She was active in choir ensembles and regional singing competitions throughout high school. After graduating from high school, Dheepa studied vocal performance at Southern Methodist University. Dheepa immigrated to New York City to study at Columbia University School of Public Health. She also served as the cappella director for one of Columbia’s vocal ensembles. She was a Juilliard community chorus member from 2002 to 2004. They performed at some of the most prestigious venues in the region, such as Lincoln Center and Carnegie Hall. She rediscovered her interest in Indian Classical music during these years, based on her growing interest in jazz and the profound spirituality that is deeply ingrained in both forms. It made sense to me to find a common ground between both traditions, as they shared a common ground in terms depth, complexity, and a lack predictability. I have always loved music that is more complex structurally. Even though I don’t understand it all, it has always appealed to me. She moved to Los Angeles in 2006 to work in the pharmaceutical communications industry. There, she started to pursue music professionally. But 2008 brought her two life-altering epiphanies. My father died in 2008, while I was still recovering from a cyst that had affected my voice. “I realized the fragility of life and the need for things that give meaning and purpose to your life.” Dheepa was influenced by Rob Kohler, a noted bassist, composer, and educator. She formed her first band in 2009 and performed at well-known venues like the House of Blues, Cafe Metropol, and other places around Los Angeles. On 4th Street was her first album. It featured her unique interpretations of five Great American Songbook songs. This EP garnered some great reviews and helped her make her mark in the jazz world. To equally impressive reviews, she released her second CD, Some New Fashion, in late 2011. It was produced by Kohler. Dheepa’s signature approach to embracing a diverse repertoire of Songbook classics, jazz heavyweight composers, and unorthodox rock songs was established with the release of Some New Fashion. Kohler produced it. Dheepa, who currently lives in New York City, formed a new group and began working in the city. Dheepa’s vision is simple and direct. She wants the song to convey its message in the most expressive way possible. To achieve this, Dheepa formed an artistic partnership with Lars Potteiger, the outstanding pianist and arranger. Her most recent CD Patchwork, which was released in June 2015 and produced and mixed by Aaron Nevezie, is a reflection of this amazing collaboration. It has already received outstanding reviews and demonstrates the singer’s continued maturation and development. Dheepa is a resident of New York’s Rockwood Music Hall on the Lower East Side. She performs frequently in New York as well as along the east coast, as far as Washington DC. While performance opportunities are growing significantly with the release of her CD, it is not her primary focus to chase gigs. Dheepa is able to balance a career in music and a rewarding occupation in medical communications for rare illnesses. This allows her to make a difference to her spiritual and physical well-being. My work is both fulfilling and productive in many aspects. It’s gratifying to know that my work every day has such a positive impact on the lives of patients.” This allows Dheepa the freedom to concentrate entirely on her music, without compromising it or allowing commercial considerations to dictate what she does. I hope to continue to improve my songwriting skills and to better communicate the connection between what is inside me and the music that expresses it. Each album has been a learning experience for me. It’s helped me grow as an artist, and hopefully offered some light and meaning to my audience.” DheepaChari will be a strong singer and artist. from http://dheepachari.com