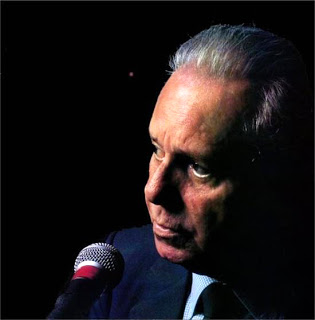 Dick Farney (aka Farnese Dutra and Silva) was a Brazilian singer-pianist, composer, and pianist. He lived from November 14, 1921 to August 4, 1987. As a child, he began to play piano. His father and mother also taught him classical music. In 1937 he debuted as a singer in the youth radio program “Hora Juvenil” at Cruzeiro do Sul radio station, in Rio de Janeiro. Cesar Ladeira took him to radio Mayrink Veiga to perform “Deep Purple”, a song composed by David Rose. He then presented the program Dick Farney The Voice and The Piano. Cyll Farney (drums) was part of the group “Os Swing Maniacos”, which Dick formed. He accompanied Edu da Galita as he recorded the music “Cancao da India” by Nikolay Rimsky-Korsakov (1844-1908). In the days before gambling was legal in Brazil, he was the crooner for the Carlos Machado Orchestra at the Cassino da Urca from 1941 to 1944. After meeting Bill Hitchcock, the arranger, and Eddie Duchin at the Copacabana Palace Hotel, he was invited to visit the United States in 1946. Two months of presentations on NBC Radio. He presented successfully at Vogue’s carioca club Vogue in 1948. He presented at the carioca club Vogue in 1948. In 1959, he hosted the TV program Dick Farney Show, Record TV Channel 7 Sao Paulo. In 1960, he formed his own orchestra. 1965, he formed his own orchestra at the newly opened TV Globo Channel 4, Rio de Janeiro. The TV show Dick and Betty was presented by Betty Faria and Dick Farney. From 1977 to 1987, Gogo was his pianist accompanist. Farney’s Inn and Farney’s Inn were both his clubs in Sao Paulo. He formed a trio in 1971 with Saba. He sang and played the piano at Chez Regine, Rio from 1973 to 1978. from http://www.discogs.com/artist/Dick Farney