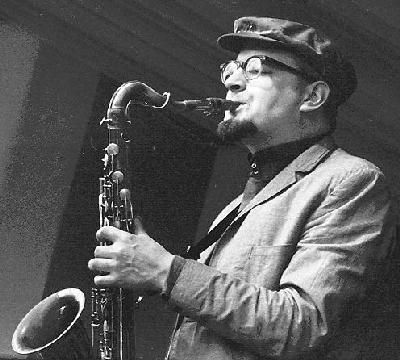 Dick Heckstall Smith (16 September 1934 – 17 Dec 2004) was an English blues and jazz saxophonist. He was a member of some of the most important English blues rock and jazz-fusion bands in the 1960s and 70s. Heckstall Smith was born Richard Malden Heckstall Smith in Ludlow, England. He attended a York boarding high school. He refused to return for a second term and enrolled in Gordonstoun instead. His father was the headmaster at the Grammar School. Dick Heckstall Smith was born in Knighton, Radnorshire. In his childhood, he learned to play the clarinet, alto saxophone and piano. Heckstall-Smith finished his education at Dartington Hall School, before he studied agriculture at Sidney Sussex College in Cambridge. He also co-led the university jazz band from 1953. He had started playing the soprano piano at Dartington when he was 15 and was enthralled by Sidney Bechet’s music. He was influenced by Lester Young, and Wardell Gray, tenor jazzman. Heckstall-Smith was a member of the London jazz scene since the 1950s. In 1962, he joined Blues Incorporated (Alexis Korner’s legendary blues group), and recorded the album R.