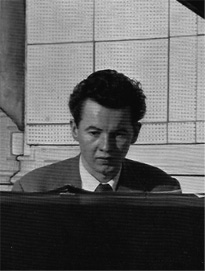 Dill Jones, an excellent, but now somewhat forgotten, stride piano player, was born in Wales. He studied in London and played with Humphrey Lyttelton (1947-1948). His own trio led him, and he worked in studios and radio in London in the 1950s. Jones moved to New York in 1961. He played at Condon’s and Ryan’s with players such as Yank Lawson and Max Kaminsky. Jones teamed up in the JPJ Quartet (1969-1974), recorded a tribute to Bix Beiderbecke at Chiaroscuro (1972), worked with the Countsmen, and the Harlem Blues.