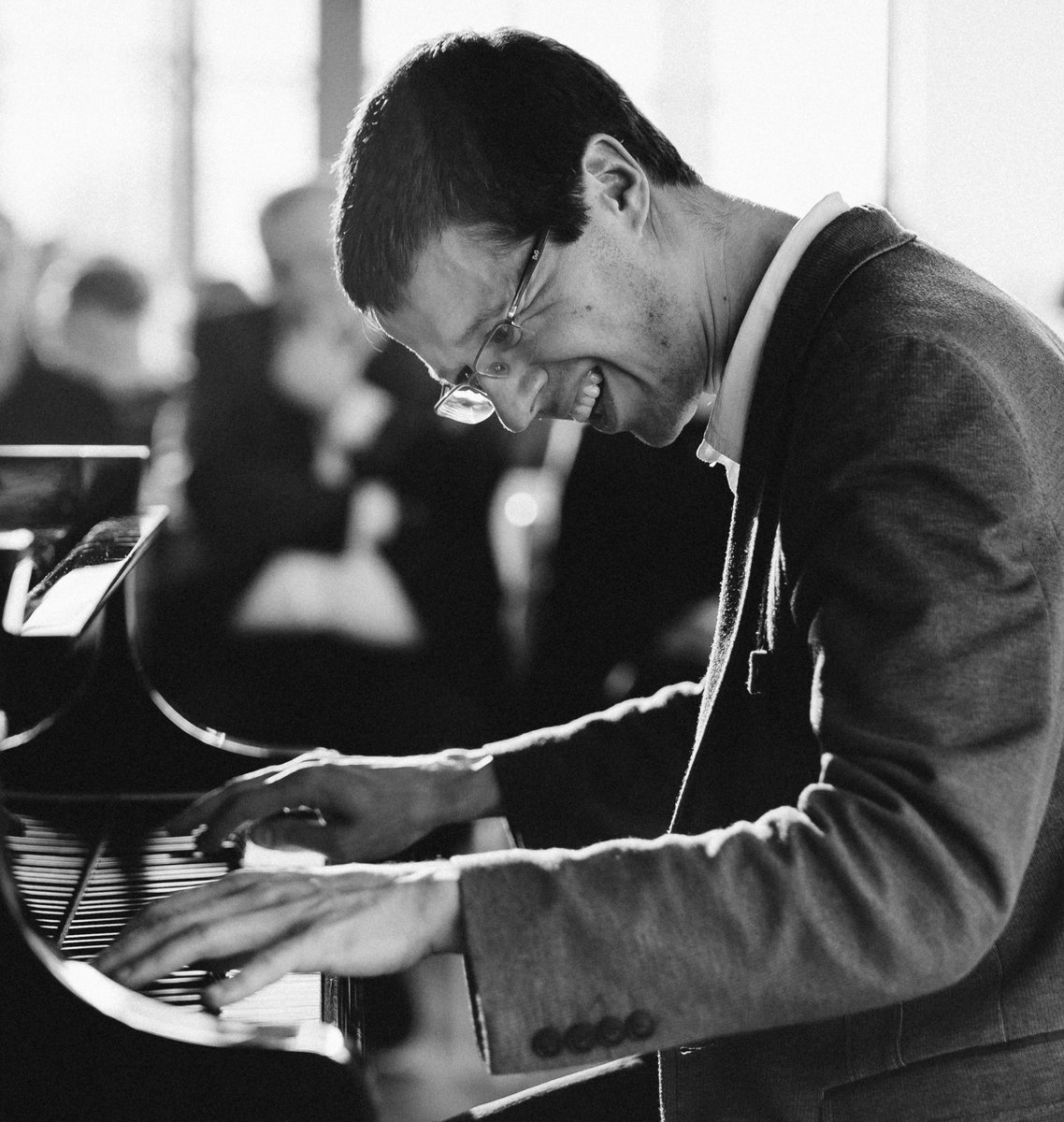 Dmitry Golovanov, a young and versatile pianist (b. 1983), who is quickly making a name for himself in the jazz world, has a wide repertoire that includes standards (with big bands) and modern creative (with Riot). A graduate of the Balys Dvarionas School of Music and the Lithuanian Academy of Music and Theatre, where he studied with Arturas Anusauskas, Dmitry Golovanov is Richie Beirach’s graduate student at the Hochschule fur Musik und Theater “Felix Mendelssohn-Bartholdy” in Leipzig. In 1995, the pianist made his debut with Jazz Pictures, the ensemble of the Balys Dvarionas School of Music. He was a regular participant in the international festival Junior Jazz as a member. Jazz Pictures was the youngest ever group to perform at the Vilnius Jazz Festival in 2000. Dmitry Golovanov is a member of peer ensembles and collaborates with many masters of Lithuanian Jazz such as Leonid Shinkarenko (in his Orkestretto project), Eugenijus Kasnevicius, Valerijus RAMoska, Arvydas Jofe, Vytautas Lebutis, and Valerijus Ramoska. He has been working closely with Jan Maksimowicz, a saxophonist. Dmitry Golovanov has performed with different groups at many festivals, both in Lithuania and abroad. He was a member of Minsk Jazz Festival 2003 (with Bril brothers) and Pori Jazz 2004, (with Jan Maksimowicz Quintet). Dmitry Golovanov was named the National Young Jazz Musicians Competition’s best keyboard player in Vilnius in 2001. He won the second prize in the Junior Jazz Group Competition (with Jazz Pictures) in Vilnius in 2002. In 2006, he was awarded the third prize in the International Piano Improvisation Competition. In 2007, he was named the Vilnius Jazz Young Power winner in Vilnius. From www.mic.lt