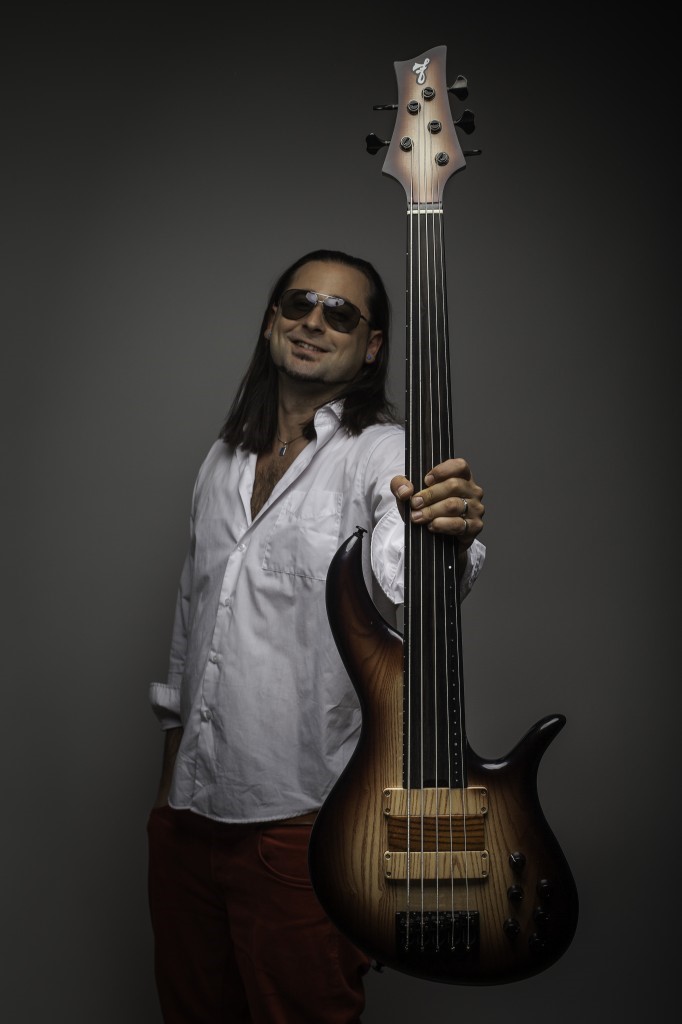 Domas Aleksa, a well-known Lithuanian bass player, composer and MD, is also a skilled studio player. He began playing classical cello at the age of six, and he switched to the guitar after seven years. After graduating from classical cello, he began playing bass in music school. He then enrolled at Music College to continue his studies in bass. Domas was influenced by bass players like Jaco, Christian McBride and Victor Wooten. He found that music school wasn’t enough. So he jammed with Marijus Aleksa, his brother drummer, and other peers whenever he could. Domas, then 15, formed his first band and got his first gig at a cafe. Domas was finally living the life he had always dreamed. Domas has toured with many musicians and acts around the world. Otis Taylor, an American blues singer, and Philip Hamilton, a jazz singer are just a couple of the many artists and tours Domas has performed with. He performed at Sony Jazz Stage with American drummer Terri Lyne Crrington. At the Klaipeda Jazz festival, he performed alongside the Tunisian guitar and lute prodigy Nabil Khemir. Domas has performed with many bands and collaborated with other musicians at numerous international jazz festivals including London, Ottawa (Turkey), Tokyo, Moscow (Ethiopia), Izmir(Turkey), Bratisvalava (JazzKaar), Europalia, Europalia, and many others. He has supported numerous pop stars, including Macy Gray, Simply Red and Avril Lasvigne, as well as other bands. He has also supported Incognito and Poogie Bell Band as well as Roy Ayers Band with his own band, d’Orange. Domas has recorded over 30 studio albums as a session player for various artists in different styles of music. Despite the demands of touring and recording, Domas still manages to work on his own compositions. He is currently working on his second studio album. It will be out in March 2015. Domas continues to tour with different bands, compose new songs and give masterclasses. He is always open to new collaborations and projects. from http://domasaleksa.com