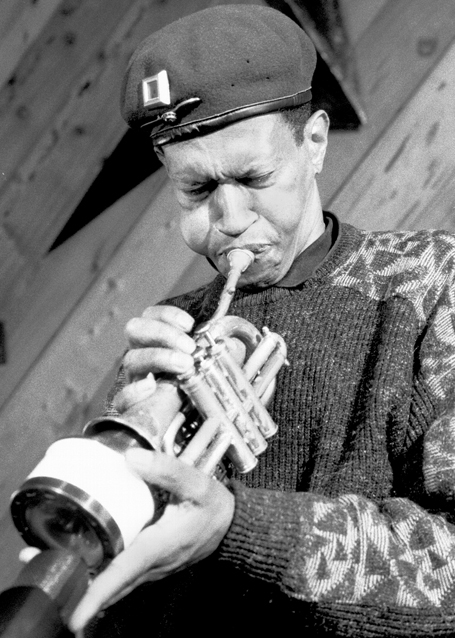 Don Cherry was a founder of free jazz and a pocket trumpeter. Don Cherry was born in Oklahoma City, but was raised in Los Angeles by music-loving grandparents. He grew up surrounded by the sounds swing music of the 30s, 40s, and 40s. He had already taken up the trumpet in his teens and was a professional be-bop musician by his twenties. His future as a leading jazz musician was established in the second half of 1950s by his chance encounter with Ornette Coleman, a saxophonist. He soon became a permanent member of Coleman’s quartet and developed a new style of music on the club circuit. The quartet’s debut album, Something Else! The first album of the quartet, Something Else, was released in 1958. This was a significant step forward for the free jazz movement. The Coleman Quartet had already released several significant free-jazz recordings by 1960, including The Art of the Improvisers and Change of the Century. Cherry started to experiment with the pocket trumpet during this period. Although it was a smaller version of jazz instruments, it gave him his unique style and timbral qualities. He remained with the group until 1961, although they collaborated again on 1969’s Crisis as well as the complete original quartet reunion In All Languages 1987. After that, he continued exploring with other players like John Coltrane (for 1961’s The Avant-Garde), Sonny Rollins (1962’s On The Outside and Our Man In Jazz), and Albert Ayler (for three albums in 1964). Cherry spent 1964 on a European tour and returned to New York with an international band of musicians to help him launch his career as a bandleader. Complete Communion was his first album. Cherry joined the The Jazz Composers Orchestra towards the end of 1960s. He recorded the Michael Mantler-composed album Communications. Other projects included Carla Bley’s Escalator over The Hill and Charlie Haden’s Liberation Music Orchestra debut. His work in this period revealed a keen interest in Middle-Eastern, African, and Asian musics. He also used traditional instruments in some pieces. In 1970 Cherry was appointed as Dartmouth College’s teacher. He then moved to Sweden to continue his research into the cultures that inspired him. His musical life was further enhanced by genre-defying collaborations between Jimi Hendrix, a rock guitarist, and Krzysztof Peenderecki, a modern composer. Cherry’s experiments in “world music”, later referred to as, culminated in the formation of the trio Codona in 1978 with Nana Vasconcelos, Collin Walcott, and which incorporated elements of Brazilian, Eastern Indian and a variety folk styles into an improvisational setting. He also began to revisit his roots with Old and New Dreams. This band was made up of ex-Ornette Coleman musicians and is primarily devoted to Coleman’s music. The ever-expanding musician began to integrate electronics into his music, working with rock-oriented artists like Lou Reed, Bongwater, and creating Nu, a cross-cultural group. He continued to be active in both recording and performance until 1995 when he was diagnosed with Hepatitis.