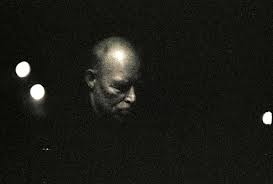 Preston was the son of a Detroit musician family. He began his musical studies at an early age. His father was the composer-in-residence for the Detroit Symphony Orchestra. Later, Preston served in the Army in Trieste, Italy. Preston became friends with Tommy Flanagan, a pianist, upon his return to Detroit in the early 1950s. Elvin Jones, Tommy Flanagan and other musicians also joined him at the West End Cafe. Yusef Lateef held twice-a week jam sessions with Milt Jackson’s younger brother, Alvin Jackson. In 1957, Preston moved to Los Angeles with Charlie Haden and pianist Paul Bley. As the keyboardist of Mothers of Invention, Preston enjoyed a long relationship with Frank Zappa. Preston recorded and performed with Zappa from 1974 to 1974. He was also music director of Meredith Monk, with whom he had shared a house. In that time, he started recording and performing electronic music. He was a co-founder and still actively participates in the Grandmothers. They completed a large tour in 2000, and then continued their touring through 2011. Preston was also a guest keyboardist for Project/Object, a Zappa tribute band that featured Zappa alumni Ike Wilis and Napoleon Murphy Brock. He performed at several shows in 2001 and 2002. His Cryptogramophone Records biography states that Preston is often compared to Cecil Taylor because of his passion for the keys. However, his solos reflect his intellect, technical skills, and a storyteller’s ability with a line. Like his compositions, his playing is a symphony of emotion and mood, all colored by the extraordinary ability that he has. Preston has recorded and played with John Lennon and Peter Erskine. He has also scored over 20 feature films and 14 plays. He has been the recipient of many awards and performed with the Los Angeles Philharmonic as well as the London Philharmonic. John Carter, a legendary clarinetist and composer, referred to Don Preston as the “father modern synthesis” and called him a jazz and keyboard fan. Don has performed with such artists as Lou Rawls and Nat King Cole, Lou Rawls and Al Jarreau, Nat King Cole. Billy Daniels, Johnnie Ray. Vaughn Monroe. Herbie Mann. Charlie Haden. Art Davis. Carla Bley. Joe Beck. Shorty Rogers. Leo Sayer. Charles Lloyd. Nelson Riddle. J.R. Monterose. Flo.