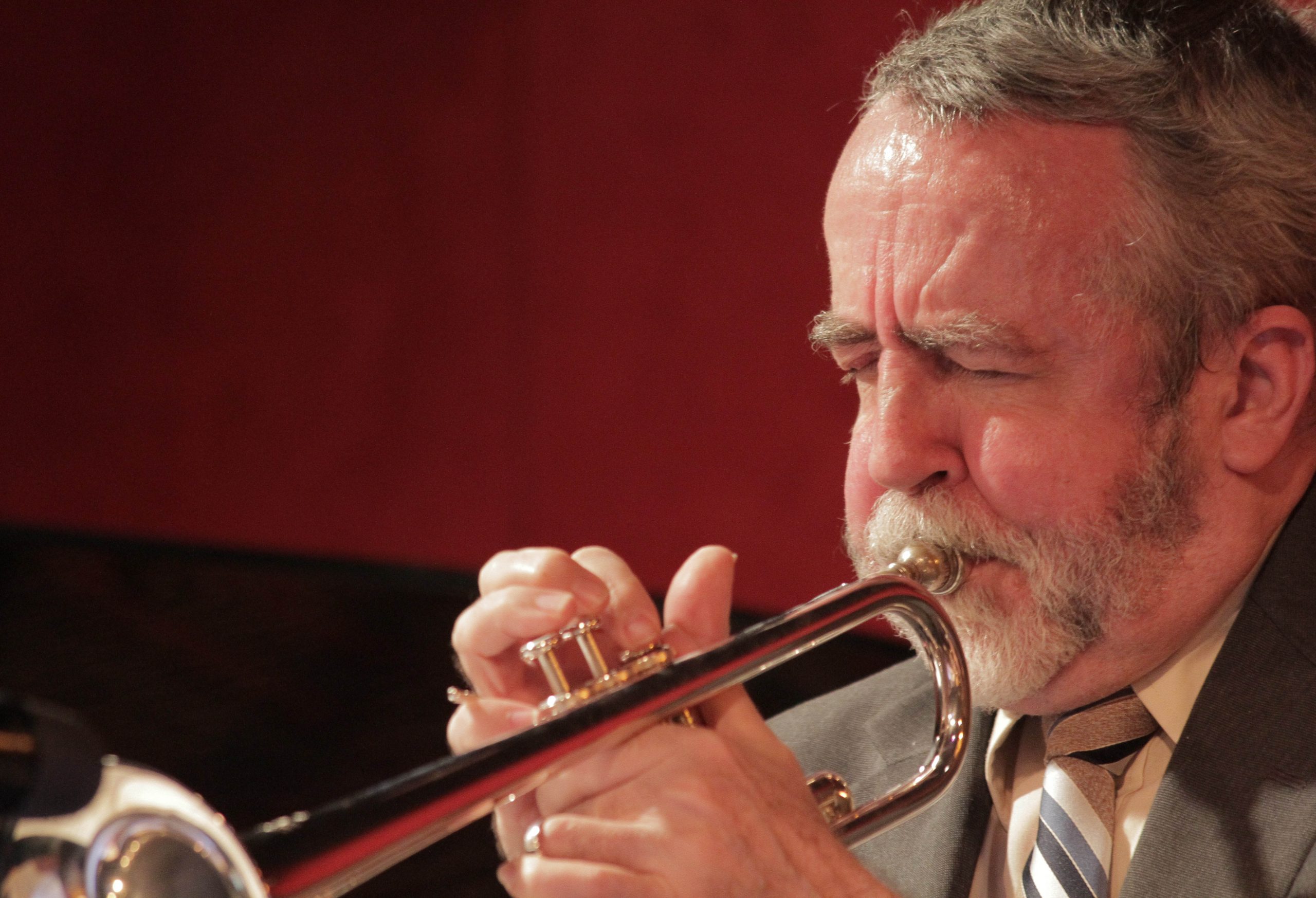 Spokane (Washington), USA, 6 January 1944. Sickler began playing piano at the age of three with his mother, a music teacher. He began playing the trumpet at the age of 10 and formed a jazz band two years later. He was 13 years old when he started leading an augmented group for school and college dances. He began to take an interest in arranging later. He continued his studies and was so successful in both his professions (as a performer and an arranger) by the end of the 60s, he moved to New York, where he studied further and also played in theatre pit bands. He was still active in music throughout the next decade, but it was more in the publishing side of the industry than as a performer. He eventually started his own publishing company. He began to perform more frequently around the end of 70s, including a stint with Philly Joe Jones. This association with Jones continued in Dameronia, and he was also a member the Thelonious Monk Reunion. He began to lead his own small groups, including Superblue, after he had finished the decade with Art Blakey. He continued his many activities in the 1990s, including performing with Harold Danko and James Williams, as well as being involved with tribute bands that helped foster recognition or remembrance for artists like Gil Evans, Howard McGhee and Hank Mobley. Sickler often transcribed, arranged and published the music of many artists. He was therefore a natural choice to be a producer, arranger, and player with T.S. Monk was a member of Monk’s band during the 1990s. Sickler was also a record producer as well as a teacher. He has also taught at Hunter College, the Hartt School of Music and Brooklyn School of Music. Sickler is a skilled hard bop trumpeter but it was his work as an arranger and his many activities in the back room of music that made him an important, but relatively unknown figure in jazz. Ironically, this last point is underscored by the fact that Sickler was voted Talent Deserving Wider Recognition in DownBeat in 1990 and again in 1999. T.S. was voted by readers in 1998, which is encouraging. T.S. was voted Jazz Album Of The Year by readers of the same magazine in 1998. Don’s experience in performing and arranging and his interest in publishing led him to want to make jazz publishing a better business. In 1979, he quit Big 3 and started his own publishing companies, Second Floor Music (BMI), and Twenty-Eighth Street Music, (ASCAP). Don and his staff can work closely with jazz musicians and their heirs to develop and protect copyrights through these full-service music publishing companies. Don’s talent, hard work and dedication have allowed him to combine his passion for the trumpet, arranging, and producing with his desire and ability to promote jazz music through publishing. Visit www.donsickler.com