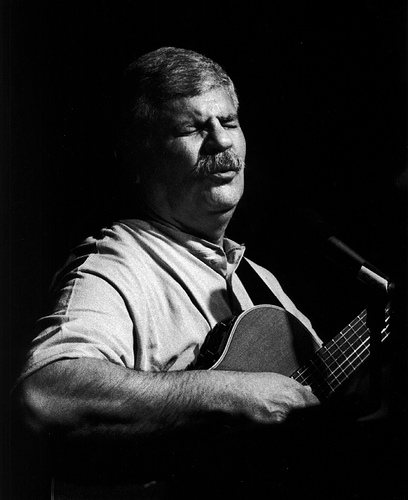 Brazilian singer and guitarist. Dorival Caymmi, Stella Maris’ son and brother, studied music theory and guitar since childhood. He made his professional debut when he was accompanied by sister Nana at a concert. His father Joao Gilberto and his aunts, Sarah Vaughan, Nat King Cole and Sarah Vaughan are the main influences. He became a producer and arranger in the 1960s. He was a noted songwriter during that time, having songs performed by Nana Caymmi (“Saveiros”), MPB-4 (“Cantigo”) and Elis Regina (“O Cantador”, featuring Nelson Motta). He wrote music scores for television and movies in the 1970s. In the 1980s, he moved to Los Angeles and began writing international music. His unique way of playing guitar with unusual tunings and creative harmony has allowed him to expand his career beyond Brasil. Other hits include “De Onde Vens”, which was recorded by Elis (with N. Motta) and “Festa”, which was recorded by Jair Rodrigues. Sergio Mendes and Elis also recorded it.