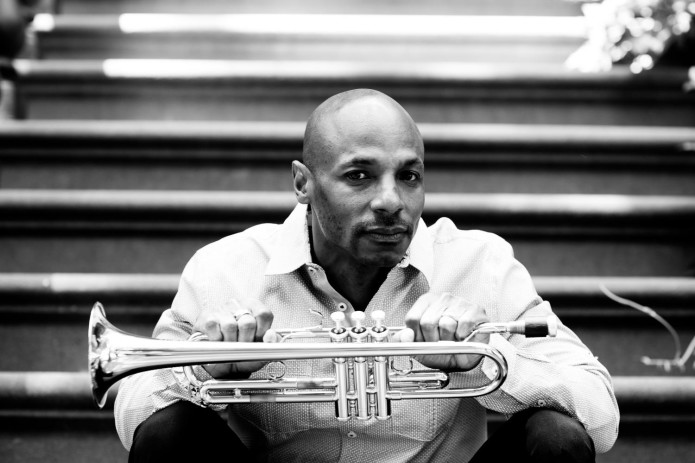 b. 24 January 1969, Philadelphia (PA), USA. Duane Eubanks, the youngest of three jazz-playing siblings and a nephew to Ray Bryant was raised in a musical environment. He decided to learn the trumpet and soon became proficient in the post-bop style. Eubanks graduated from the University of Maryland with a Business Administration degree. He then enrolled at Temple University as a jazz major. He also took private lessons from Johnny Coles during this time. Eubanks moved to New York and formed his own band. He made his debut recording on Robin Eubanks’ Wake Up Call in 1997. He has recorded and performed with many musicians, including Antonio Hart, Illinois Jacquet and Oliver Lake. Eubanks’ ballads are always fascinating, with a softly rounded and balanced sound. His love for melodic and warm sounds led him to write a variety of appealing songs, including “Lonelyism”, “Can’t Wait ‘Til dawn” and “Clairvoyance”, all of which are included on his debut album. Duane Eubanks might be most remembered as a songwriter, with his brothers Robin Eubanks and Kevin Eubanks attracting more attention in jazz at the beginning of the new century. Allmusic