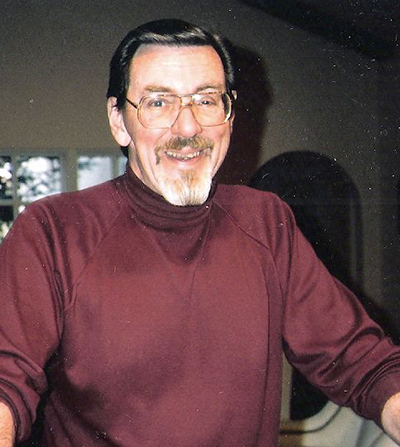 Tatro was a precocious talent, who began playing tenor sax in his teens with Stan Kenton. He grew up to be a visionary composer who successfully combines advanced compositional techniques with jazz’s swing and expressiveness. Tatro does this with a striking trio of brass, three saxophones and drums and with a talented cast of musicians (including Lennie Niehaus, Bill Holman and Jimmy Giuffre), who understand the weight and colors Tatro’s music. Tatro was a professional musician at 15 and his first gig with Mel Torme’s band. He joined Stan Kenton’s group at 16 years old. After touring with Kenton Tatro, it was the middle World War II. He returned to high school. Tatro joined the Navy after high school, where he played in dance bands. After his time with Navy bands, Tatro used his GI Bill for composition classes in Paris with Arthur Honegger. Tatro was offered a job as a production manager in an electronics plant in California while he pursued a Bachelor’s degree in Music from the University of Southern California. Contemporary Records ordered four pieces by Tatro in 1953. These pieces were started in April 1953 and not completed until September 1954 (“Backlash,” Multiplicity,” Turbulence” and “Folly”). The commission of four additional pieces (“Low Clearance,” Outpost,” Maybe Next Year,” and “Conversation piece”) was then made and recorded in April 1955. Three “slightly longer compositions”, “Minor Incident”, “Dollar Day”, and “Easy Terms”, were also recorded that year in November. These eleven pieces make up the album. from www.societyartrock.org