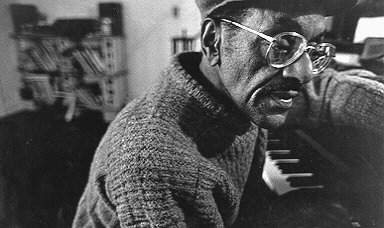 Irving Sidney Jordan, born April 1, 1922 in New York City, and died August 8, 2006, was an American jazz pianist. He was a gifted and imaginative pianist. He was also a regular member Charlie Parker’s “classic quintet”, which included Miles Davis (1947-1948). He was a member of the Parker dial Session, which produced “Dewey Square”, Bongo Bop”, Bird of Paradise, and the beautiful ballad” “Embraceable You”. From the mid-1950s onwards, he had a long solo career. After periods with Stan Getz and Sonny Stitt, he began to perform and record in the trio format. Clifford Brown, the trumpeter, adopted his most famous composition “Jordu” into his jazz repertoire. He was a resident of Copenhagen, Denmark from 1978 to 1978, after he began recording a series of albums for Steeplechase in 1973. You can find some of his finest live recordings on the Steeplechase and Japanese Marshmallow labels. He was married to Sheila Jordan, a Jazz singer, from 1952-1962. Text contributed by users is available under Creative Commons By–SA License. It may also be available under GNU FDL.