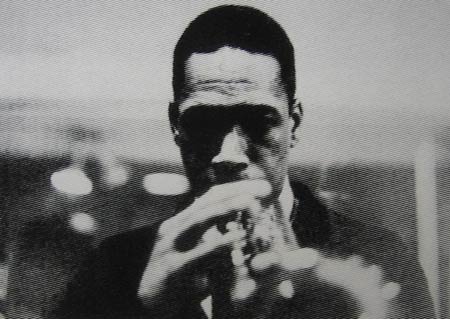 There are Obscure Trumpet Master…and then there is Dupree Bolton. Bolton has been shrouded in mystery since childhood. Bolton has never recorded under his own name. In 1959, he appeared seemingly out of nowhere in California and caused a stir in West Coast jazz with his appearance as a sideman. He disappeared again quickly, but he returned a few years later as a sideman and displayed mind-blowing skills. He disappeared again and was never officially recorded again. Where did Dupree Bolton come from, and what did he do? At best, the information will remain sketchy forever. We know the most we can from Ted Gioia (a jazz historian and writer). He worked tirelessly to find Bolton in person during his later years. This post is largely based on Mr. Gioia’s two-part article, In Search of Dupree Bolton. Clicking the title will take to Gioia’s article. What do we know about Dupree Bolton now? Born in Oklahoma City, March 3, 1929, he was the third child of two parents. His father, a talented musician, was one of Charlie Christian’s early influencers. His father worked in the defense industry to supplement his meager musical income, leading to the family’s move to Southern California. Although his father wanted him playing the violin, Dupree was captivated by the trumpet at school. He reluctantly asked his father to purchase one for him. Young Bolton quickly learned the trumpet, and was soon able to play professionally by his teens. In 1944, just 15 years old, he lied to his parents and ran away. He joined Jay McShann’s band. Bolton was exposed to drugs early in his life as a result of being on the road. On the day of his 17th birthday, he was arrested for possession and dealing. He was held until he turned 21. After his release, he returned to Los Angeles and began to shed some weight. Bolton idolized Fats Navarro, a great jazz trumpeter. He was also a gifted musician and had a strong heroin addiction. In 1951, he was again arrested for forgery. He then bid for four years in Soledad. He continued to practice his horn and focusing on the mechanics for as long as he could, often up to 12-14 hours per day. Bolton was released in 1956. However, he returned to jail almost immediately for another conviction for forgery. This meant that he had more practice time. Dupree was already a professional trumpet player by the time he made his debut in 1959. Dupree began to hit the clubs in Los Angeles, where he was a regular at the jams. Harold Land and Elmo Hope were about to record a recording with Hope’s complicated charts. They needed a trumpet player that could not only play like mad, but also be a great reader. They heard of Bolton and decided to go to Watts to see him. Land and Hope realized that their search was over. The album was named The Fox after Hope’s intricate, fast-paced composition. Bolton, then an unknown artist, enters the scene at 1:40. He takes listeners on an incredible ride of speed and precision. Bolton hits every mark technically, without missing a beat and with unbridled creativity. The only thing I can relate it to personally is riding on the Incredible Hulk coaster at Universal Studios. The jazz world was intrigued by Bolton’s performances on The Fox. They wanted to know more about him, his background, and where he came from. Bolton was famously reserved in the face his new fame. John Tynan tried to interview Bolton on Downbeat. Dupree gave him one-sentence interview: “When I was fourteen I ran away from my home.” Bolton wouldn’t have much time to enjoy his fame as he was again arrested shortly after The Fox was released. He was sent to San Quentin where he remained until 1962. After Bolton was released, Curtis Amy, a saxophonist, tracked him down to help him with Katanga. Amy’s most well-known album. Bolton again steals the show. He displays incredible fire, especially the title track which he composed. Bolton and Amy joined a session band that Onzy Matthews had put together to support Lou Rawls a few weeks later. These would be Dupree Bolton’s final commercial recordings. After Katanga’s release, he made a few television appearances with Amy. You can see some of these in this post), but Bolton was again arrested and sent back to San Quentin. He continued to be held on a regular basis for drug and forgery-related offenses for the greater part of the next two decades. Dupree Bolton was released around 1983. Although he had been practicing on and off throughout his incarcerations he was now a forgotten figure within jazz. Bobby Hutcherson was his only friend during one of his 1967 releases. Bolton was also a member of a prison band while he was in Tulsa, Oklahoma, in 1980. The results were recorded but Bolton dismissed them in his later years. Dexter Gordon played in Oklahoma City in 1982. But that was the last time Bolton heard of him until Ted Gioia found him in 1989. After going to great lengths in order to locate Bolton in San Francisco, Bolton finally settled in that area after his release from prison, Mr. Gioia was able to spend a brief time with him in 1989. Bolton kept his profile low. He was still seen occasionally playing in the Bay Area streets, although not as charismatic as he used to be, showing glimpses of brilliance that let passersby and band mates know that this was no ordinary cat. Dupree Bolton passed away from cardiac arrest on June 5, 1993. He was 64 years of age. Ted Gioia has given us more information about Bolton than we could have, but we can’t help but long for the past. http://curtjazz.com